"It was really important for us to fulfill our vision of one Dauntless, which is the ability to play with your friends no matter what platform they are on."

Earlier this year, Dauntless developer Phoenix Labs announced it is moving the free-to-play Monster Hunter-like RPG from its own launcher to the Epic Games Store, joining a string of other high-profile games that are skipping Steam for Epic's new storefront. According to the studio, one of the primary reasons behind the move was Epic's player-focused philosophy and its experience in offering cross-play and cross-progression between different platforms.

"One of the things that we're passionate about at Phoenix Labs--and was a part of our vision even before we had chosen to build Dauntless--was finding a way to allow players to play together," Phoenix Labs co-founder and VP Robin Mayne told GameSpot at PAX East 2019. "And so a part of our strategy for Dauntless has been worldwide servers so you can play with anyone wherever they are.

"And then as we thought about our platform expansion, it was really important for us to fulfill our vision of one Dauntless, which is the ability to play with your friends no matter what platform they are on and no matter where they are. So working with Epic on the Unreal Engine and getting to chat with them about their vision for players as well, we realized it was a really big alignment with our vision for one Dauntless and being able to have people play together, and the ability to come to the Epic Games Store, plus Xbox and PlayStation, and be able to do cross-play so that everyone can play together."

Mayne also reiterated that Phoenix Labs plans to allow players to play with those on other platforms right from the game's console launch. "Our plan is full cross-play, full cross-progression, so you have your account that you play on, and you can play with anyone regardless of what platforms they are on. The launch this summer focuses on Epic Games Store, Xbox, and PlayStation. We have Switch in the works as well, and plans for mobile along the way."

While Phoenix Labs has ambitious cross-play plans for Dauntless, it will ultimately depend on Sony, which has only recently begun taking its first steps into cross-play. For years, the company was reluctant to allow PS4 players to play with those other platforms until it finally made the exception for Epic's phenomenally popular battle royale game, Fortnite. Since then, however, Sony has only allowed cross-play in one other PS4 game: Rocket League. Microsoft, meanwhile, has been much more welcoming of cross-play and has long pushed for Sony to reconsider its stance.

Dauntless is available now in open beta on PC, with a PS4 and Xbox One launch slated for this summer. We got a chance to play the game with Phoenix Labs at PAX East; in the video above, you can watch us team up with the developers to take down a new ice-themed Behemoth called Boreus. Unlike other monsters thus far, Boreus is able to summon minions, making for a chaotic fight. 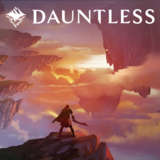