Why Do You Hate Mass Effect 3?

Kevin examines how Mass Effect 3 has become the latest game to shoulder the burden of fan discontent.

When is a game not just a game anymore?

As games have become more present in mainstream culture, and as they have taken on elements of other forms of art and entertainment, they have become targets of admiration and ire. It has been somewhat of a rite of passage for the medium, I think: by gaining larger and larger audiences, the industry becomes a victim of its own success. We're not concerned just with how good the games are--we contextualize them. They become symbols of moral philosophies, business practices, and social trends. For many gamers, "Call of Duty" no longer represents a series of first-person shooters. Instead, for right or for wrong, those very words represent cookie-cutter sequel development, extreme linearity, and tremendous financial success. "World of Warcraft" isn't just a popular online role-playing game: it's the watering down of an entire genre to appeal to the masses. 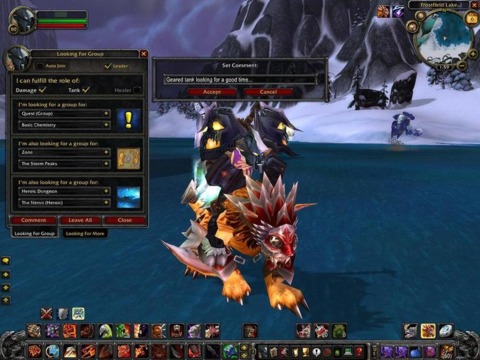 World of Warcraft: Not just a game, but a symbol of homogenization.

And now Mass Effect 3 has become more than just a game--it has become a social touchstone. In spite of the game's overall excellent quality, Metacritic users haven't been so kind to it; the Xbox 360 version of the game has a 5.0 average reader score as I write this. Many readers have well-formed thoughts to share. Many others have little to say about the game, and a lot more to say about the business and social climate in which it was created. So what does Mass Effect 3 symbolize beyond "role-playing action game?" Based on Metacritic reader reviews, the associations are loud and unmistakable.

How telling that one of the first messages I received on Twitter after I linked to my Mass Effect 3 review was about how I "loved fag**t n***ers." (As a male Shepard, you can romance Cortez, a man of color.) For the first time in the series, a male Shepard can conduct a sexual relationship with someone of the same gender. As a gay man, I'm disheartened by the homophobia that has seeped out around Mass Effect 3, though it's not the first time a BioWare game has touched this nerve. Nevertheless, BioWare has gone out of its way to depict its characters as actual people. Actual people have different skin colors and moral systems. They are honest, or duplicitous, or perhaps both. They are cruel, or not, or somewhere in between. And sometimes, they're gay.

People enjoy hating large corporations and the games-as-products philosophies they stand for.

We've written before about the subject of homosexuality in games, and specifically in Mass Effect 3. The recent crude but vocal reactions are fascinating and heartbreaking, in part because the same subject was once a cause for unity. When the original Mass Effect was released, the female Shepard-on-Asari (lesbian) romance caught the eye of the mainstream media. Seeing a beloved game attacked by the press caused gamers at large to come to BioWare's defense. The tune hasn't fully changed now, but it is more discordant. I wonder if there is a gender distinction here. Does the young, vocal male audience support female-on-female romance, but not male homosexuality? There's an audience that resents BioWare's inclusiveness, and this is where players reflects social attitudes at large.

There's little chance my words, or yours, will persuade the guy who told me that I love "fag**t n***ers" to be less heartless. What I hope I can do is to persuade you to speak out if you've been silent. I quote from one of my favorite blogs, Tom & Lorenzo:

"It's society that needs to change its attitudes toward gays, from the top down. And when the majority of people are righteously angered by any attempts to dehumanize gays or treat them as inferior--and more importantly, moved to act on that anger, rather than sitting at their computers and shaking their heads over it--then anti-gay [sentiment] will practically evaporate."

Release-day downloadable content, such as that released alongside Mass Effect 3, is a contentious subject, particularly when the content is on the disc and must be unlocked with a downloadable code. Gamers see it as an attempt to charge us for something that should have been in the final product to begin with. They see it as a sign that development resources were squandered on a side project when they should have been focused on the main release.

In addition, Electronic Arts' gaming portal Origin is hardly loved but is required to play Mass Effect 3 on the PC. It represents corporate greed, because it forces players to use software they don't like (Origin) instead than software they do (Steam). (And it's notable that Steam developer Valve retains general gamer goodwill, while EA certainly does not.) People enjoy hating large corporations and the games-as-products philosophies they stand for, hence much of the ire aimed at major publishers like EA and Activision.

Mass Effect 3 offers day-one DLC that isn't all that excellent and that requires PC players to use Origin to play it. All at once, BioWare's shooter/role-playing hybrid taps into general gamer rage. Traditionally, BioWare has avoided this kind of negativity. However…

Association 3: The Abandonment of BioWare's Prior Creative Direction

Public perception of BioWare had been slowly shifting, but did so even more with the release of Dragon Age II. With that fantasy sequel, the series left its Baldur's Gate/Neverwinter Nights roots behind in favor of a design with more mass-market appeal. PC gamers noted the shift to console-focused development, characterized in part by the loss of the isometric camera angle. The role-playing elements were downplayed, but without any real benefit, and the overall decline in quality between Dragon Age: Origins and its sequel didn't go uncriticized.

Her appearance seems more like a calculated marketing ploy than a union of creative talents.

Mass Effect 3 took commercial matters even further. The game features journalist Jessica Chobot's voice work and physical likeness, but her unremarkable acting (and awkward, sexualized character model) makes her appearance seem more like a calculated marketing ploy than a union of creative talents. Meanwhile, Mass Effect 3 implemented a multiplayer mode that had a direct impact on the story. And this harks back to general gamer discontent over DLC: we think that time and resources spent on online play should have been directed at the more meaningful campaign. The common interpretation: Electronic Arts forced BioWare to implement a feature the game didn't need, and shoehorned in a character and actress for marketing purposes, not creative ones. Whether or not that's true is ultimately irrelevant. If the Internet screams loudly enough, the screams become truth. 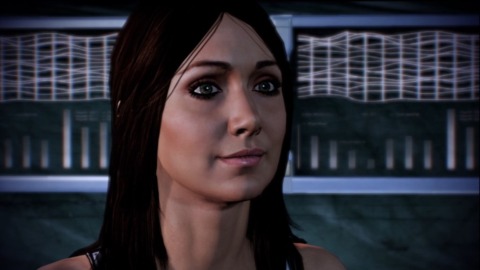 This is not where the camera is always focused when Diana Allers is onscreen.

BioWare is not alone, of course. Think of other recent fan outcries:Supreme Commander 2, Command & Conquer 4, Final Fantasy XIII, Medal of Honor, and so on, all victims of Internet outrage. I don't think it's about change--not really. In spite of it all, I believe in gamers. I believe we are ready for the next big thing, or at least, the next new thing. Rather, I think it's about homogenization. We resent that World of Warcraft is such a juggernaut that its influence can be felt across the entire genre. We resent that Call of Duty is so ubiquitous that not only do other shooters strive to deliver similar experiences, but games in other genres have co-opted features associated with that series. We perceive developers leaving behind their creative sparks in favor of a game of follow the leader, in which evil publishers churn out focus-tested products rather than true art.

And in spite of its excellence, Mass Effect 3 has joined the company of games that have been associated with significance beyond their actual merits. Gaming is all grown up now. We've burdened developers and publishers--and they've burdened themselves--with enormous amounts of baggage, both deserved and undeserved.

Bioware is adept at manipulating the hype machine prior to release, dominating gaming news (yes, even here on GameSpot), and revealing so much information over long periods of time that they spoil key moments in their own games. (Compare this approach to Rockstar's, which is to drive anticipation for games like Grand Theft Auto V by releasing little information in advance.) Fans are disillusioned by marketing ploys and blatant cash grabs. For Bioware to regain that goodwill, we need to see that creativity trumps marketing. We need to know that characters appear in their games because they enrich the experience--not because they make for great marketing material.

As for gamers, well, we need to make sure we're directing our passion where it belongs. If rightful calls for fair pricing models are mixed with homophobic venom, then we make it easy for publishers to ignore us. Say what must be said, and do it loudly. Just make sure it's something worth hearing.