We explore the beautiful locations and hack up vicious plants in Level 5's role-playing game.

Already released in Japan on Christmas day, White Knight Chronicles still has a while to go before it is released stateside. At the PlayStation Gamer's Day held by Sony in Los Angeles, we were able to get some hands-on time with the game to get an idea of how the combat feels and explore some of its features. From what we can tell, it plays like a massively multiplayer online role-playing game, except there's a cap of four characters online and offline. But due to this, it also reminds us of Monster Hunter, in which you take on quests with friends to complete new missions. Whatever the nature of the hybrid, White Knight Chronicles is a good-looking game, with gorgeous cutscenes and lush environments.

We didn't get a chance to explore the story at the event, but if you read our preview from the Tokyo Game Show last year, it'll give you a brief idea on what the story is about. In our demo, we wandered a beautiful mountainous region, attacking every hostile piece of vegetation in sight, along with flying insects. Enemies appear onscreen and battle is initiated by pressing the X button. A large circle will appear that acts as a timer, letting you know when your next attack will be available. You can set up a list of up to 21 commands on the bottom of your screen, which you can toggle through with the D pad. These skills can be chained into powerful combos, so there's plenty of customization available for you to play with.

Leonard, the character we were controlling, can also transform into a towering white knight with a royal blue cape when his gauge is full. It's a bizarre sight to see yourself fighting other enormous enemies when your teammates come up to your kneecaps. You'll fight giant, walking beanstalks, which means that you won't feel abnormally out of place, but size doesn't always matter in this game. The controls are easy to get the hang of if you've played other third-person RPGs before. Another reason why this brings an MMO-like vibe is because you're constantly getting a feed of what's going on in the top left corner of the screen. This might feel a bit cluttered when playing solo, but when you're online, it's nice to know what your party members are up to.

There will be 13 fields to explore as well as six different towns to visit. The Sony rep took us around one of the towns so we could see how it looked and even stop by a few vendors. We were told that the toad, which you might be familiar with from other Level 5 games, is back to help you with crafting new weapons, of which more than 200 are available. What stood out for us was the way that everything looked. It's all very clean and polished, and the colors felt well balanced and not overly saturated. It's tough to say if this is consistent throughout the entire game, but we liked what we saw.

Side quests are available as you progress through the game, but to take them on you have to purchase them with in-game currency. There are currently 59 of these quests, but it's possible that more will be available before the game is released. Another feature that the rep talked about was a Facebook-like profile setup within the game. Your character carries a camera, and you can take photos of anything and add that to your profile. You can check out the virtual profiles of other players and leave comments on their pages. We hope to get more play time to explore this vast world before the game launches. Level 5 is also using this time to iron out some kinks in the game, so the North American version should run more smoothly.

No release date has been announced yet, but we should have more information to share when E3 rolls around. 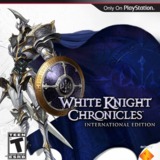