Where To Preorder Kirby's Return To Dream Land Deluxe

Everywhere you can purchase Kirby's Return to Dream Land Deluxe on Nintendo Switch ahead of release.

Comments
Where to buy
Kirby's Return to Dream Land
$39.99 at Gamestop
There are no available deals for this platform
GameSpot may get a commission from retail offers. 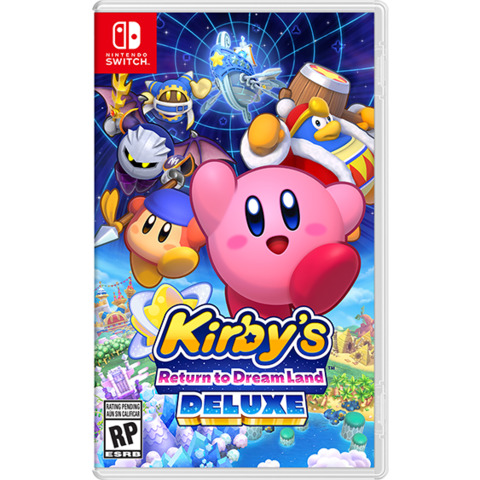 Kirby’s Return to Dream Land Deluxe is available for preorder on the Switch eShop and the Nintendo Store for $60. Other online retailers and in-store preorders have not opened yet. There are also no preorder goodies available for Kirby’s Return to Dream Land Deluxe. Nintendo first-party titles rarely get preorder perks, but we’ll update this post if anything’s announced. That said, eShop and Nintendo Store preorders are eligible for up to 300 My Nintendo Gold Points you can spend on future purchases.

Like the original, Kirby’s Return to Dream Land Deluxe is a co-op action-platformer that supports up to four players in local co-op. Each player controls their own version of Kirby and uses the pink blob’s iconic Copy Ability to gobble up enemies and transform into sword-wielding adventurers, spell-slinging wizards, whip-cracking cowboys, and more as they bounce through the game’s numerous sidescrolling stages. Kirby’s allies (and frenemies) like Waddle Dee or Meta Knight are also playable.

If you’re curious about Kirby’s other outings on Nintendo Switch, check out our Kirby and the Forgotten Land review, which launched earlier in 2022. The multiplayer party game Kirby's Dream Buffet also recently went live on Switch in August.