Where To Buy Cyberpunk 2077 On Release Day: Deals, Bundles, And More

Looking to pick up Cyberpunk 2077? CD Projekt Red's new RPG is on sale for PS4, Xbox One, and PC on launch day.

After numerous delays, Cyberpunk 2077 has finally arrived on PS4, Xbox One, and PC. It's also playable on PS5 and Xbox Series X|S due to backwards compatibility, though enhanced upgrades for those systems won't be released until later. With Cyberpunk 2077, developer CD Projekt Red (creators of The Witcher 3: Wild Hunt) is moving from the past to the future, taking the choice-driven storytelling, strong characters, and evocative world-building the studio is known for and infusing them with the world created by Mike Pondsmith. If you didn't preorder your copy ahead of release, you can still take advantage of discounts and free two-day shipping at Amazon and Walmart.

The game is based on Mike Pondsmith's tabletop game Cyberpunk 2020, so the 2020 release date makes total sense. However, the game itself is set 57 years later in the futuristic android-filled world of Night City, where android augmentations are an integral part of people's lives. Cyberpunk 2077 features extensive character customization and lots of options when it comes to first-person combat. The game is also DRM-free on PC and will receive DLC similar in size to Wild Hunt.

Now Playing: Cyberpunk 2077: Does It Live Up To The Hype?

Cyberpunk 2077 has some serious star power behind it--Keanu Reeves stars as Johnny Silverhand, Grimes and Run the Jewels contributed songs to the soundtrack, and the studio behind Promare is making a Cyberpunk 2077 anime with Silent Hill composer Akira Yamaoka doing the score.

GameSpot's Cyberpunk 2077 review is live now, and the game received a 7/10. Reviews editor Kallie Plaggie praised its RPG flexibility, quickhacking combat, and side quests while taking issue with its main story and numerous technical issues. See our full review for more details.

Interested in picking up a copy? We've got all the details where you can buy Cyberpunk 2077 down below. Plus, check out our roundup of all the best Cyberpunk 2077 merchandise being released around the game.

Most Cyberpunk 2077 preorder bonuses are still available for the time being. General bonuses include a copy of the original score, a Cyberpunk 2020 sourcebook, an art booklet, desktop and mobile wallpapers, and a digital comic. Physical copies of the game include a world compendium, stickers, postcards, and a world map.

If you purchaseCyberpunk 2077 at GOG.com, you'll also receive print-quality Cyberpunk 2077 posters, more wallpapers and avatars, and an exclusive 50-page digital comic titled Cyberpunk 2077: Big City Dreams. You're also directly supporting the developers of Cyberpunk 2077 when you buy from GOG, as all proceeds go to CD Projekt Group.

GameStop has a purchase bonus for PowerUp Rewards members, who will receive $10 Game Coin (store credit) with their purchase. When picking up the game during launch week, Pro members will get an extra $10, while those on the free Player tier will receive an extra $5. Once the Game Coin is added to your account (within 72 hours of picking up the game), you'll have two weeks to spend it.

Finally, anyone who buys Cyberpunk 2077 at Best Buy gets a free steelbook case with their purchase. Three different designs are available, and if you order online, you'll receive one at random. If you head to your local Best Buy, you can pick your design in person. In addition, My Best Buy members will get $10 reward credit right now. Signing up for a My Best Buy membership is free. 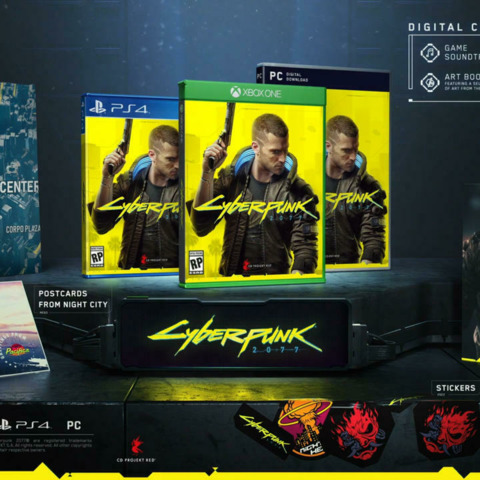 Amazon and Walmart are currently discounting the game outright. It's on sale at both stores for $49.94 on PS4 and Xbox One. 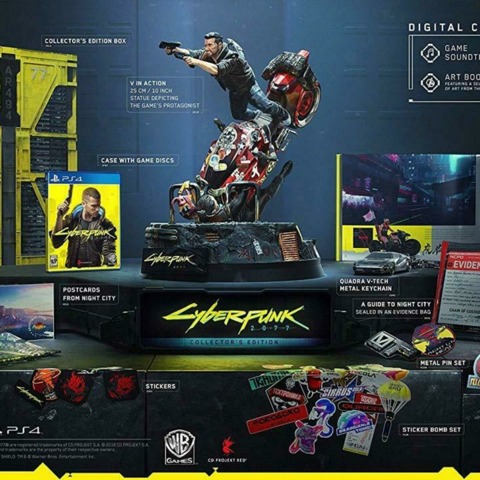 Cyberpunk 2077's Collector's edition costs a whopping $250, and as of our last update, it's sold out at every retailer. It was in stock at GameStop earlier this week, but the sought-after editions went fast. You can check out what it comes with below.

See at GameStop
See at Amazon
See at Best Buy

The World of Cyberpunk 2077 art book 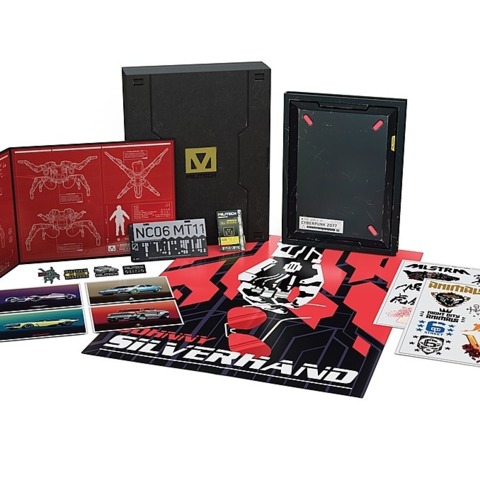 Like the game itself, The World of Cyberpunk 2077 is available in multiple editions. The standard edition goes for $24 (down from $40) and just gets you the book.

Best Buy's exclusive edition costs $150 and comes with the book and everything in the Deluxe edition, plus a special embossed Militech Clamshell Case, an Acetate MTOD12 Flathead Blueprint, a Militech Employee ID Card, four enamel pins, a souvenir license plate, and an exclusive cover modeled after the MTOD12 Flathead robot. If you're preordering the game at Best Buy too, be sure to get the package bundle with the game and The World of Cyberpunk 2077 exclusive edition, as it saves you $40.