Last September, tragedy struck the world of fantasy literature when one of its most preeminent figures, Robert Jordan (aka James Oliver Rigney), died after a prolonged battle against heart disease. Jordan's untimely death was as much a blow to the fantasy community as it was to those caught up in the epic saga of his Wheel of Time fantasy novels. With the first volume published in 1990, the Wheel of Time saga spans 12 hefty canonical installments and one novella, and has achieved total sales of more than 44 million.

The final installment in the Wheel of Time series, penned by Mistborn author Brandon Sanderson, is expected to go to press in fall 2009. However, that won't be the last word out of Jordan's fantasy universe.

Red Eagle Entertainment announced today that it has secured the rights to create a series of games based on Jordan's popular franchise. The Malibu, California, company will be forming a new game development studio to handle the projects, which will tie into a series of feature films as they are released. Red Eagle also has plans to turn the franchise into a massively multiplayer online role-playing game, though no other details on this project were revealed.

"We've got a huge running start with this property," said Red Eagle producer Rick Selvage to Venture capital news blog Venture Beat. "We expect to have a game based on every movie, and we expect no less than three movies, though that depends on how well each does."

Venture Beat also cites Selvage as saying the projects are at least five years in the offing, and that he has only just begun raising cash to fund the studio. Red Eagle is planning to release the games on all relevant consoles, desktops, handhelds, and wireless devices.

As for the film, Variety reports that Universal Pictures has acquired the rights to make a motion picture based on the franchise through a collaboration with Red Eagle. The transition to celluloid will reportedly come in installments, with the first film focusing on book one in the series, The Eye of the World.

Red Eagle would not be the first gaming company to take a crack at bringing Jordan's novels to the interactive medium. In 1999, GT Interactive and Legend Entertainment teamed to release the critically well-received The Wheel of Time, a first-person shooter which was served as a precursor to the events in the first book. 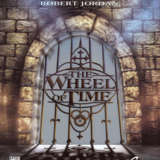