What We Want To See At Summer Game Fest Live

The cross-industry showcase hosted by Geoff Keighley kicks off June 9 at 11 AM PT / 2 PM ET.

Summer Game Fest Live is less than a day away, and while host Geoff Keighley has tried to temper expectations by saying it'll primarily focus on already-announced games, that doesn't mean we won't still see some surprises. While leaks could always spoil them in the meantime--Hideo Kojima's next game has possibly already been revealed and seems like a possible SGF announcement--there's still plenty we don't know about what to expect from this Not-E3 event.

With that in mind, we've compiled a wishlist of what the GameSpot staff are hoping to see during Summer Game Fest Live. For an overview of what's coming over the next few days, check out our Not-E3 press conference schedule.

A new project from Enhance

For as excited as I am to hear about surprise entries in big-name franchises I love or further details on already-confirmed ones like Breath of the Wild 2, nothing would delight me more than to see what Enhance is working on next. The Tetsuya Mizuguchi-led company behind Rez Infinite and Tetris Effect--two games I hold in the highest possible regard--remains mysterious, with little indication of exactly what it's working on beyond "synesthetic experiences." While I'm not generally excited by a lot of augmented reality/mixed reality/extended reality-type stuff, all of which Enhance has said is a focus for the company, the types of transcendent experiences it's delivered with Rez and Tetris have me ready and willing to try anything. Given that its output has almost exclusively been games I've returned to for years, I'm eager to get a sense of what it has in store next. -- Chris Pereira

It's time to get scared again. Dead Space veteran Glen Schofield's new outfit, Striking Distance Studios, is making a horror game called The Callisto Protocol, and I hope we get to see more of it at Summer Games Fest. The game remains largely shrouded in mystery, and a big reveal trailer and information drop could be exactly what's required to get properly excited for it. Given Schofield's history and experience with the horror space, The Callisto Protocol seemingly has a lot of potential. Here's to hoping it sticks with its 2022 release date, so I can play this one and then jump into the Dead Space Remake in January 2023. What a time to be scared! -- Eddie Makuch

This project has been bounced back and forth more than an Olympic ping pong tournament, but with it seemingly back on track now, we may finally get our first glimpse of Amy Hennig's Star Wars game. By all accounts, it's still years from completion, but even a teaser trailer to set the tone would be welcome news. Star Wars is a rich world and Hennig is a renowned writer for a reason, so I can't wait to see her voice applied to a galaxy far, far away. -- Steve Watts

Josef Fares has always been an outspoken personality, but now he's also an award-winning game director. We wouldn't be surprised to find that his next project is far enough in development to show off--we're just slightly under the time gap between the release of A Way Out and the first announcement of It Takes Two now--and Fares has been friendly with Geoff Keighley's stage shows. His games are always unique, so I'm very curious to see what he has coming next. -- Steve Watts

It's been six years since Capcom rushed the Christmas-themed Dead Rising 4 onto Xbox and PC, and its half-baked state and the closure of one of the main studios working on the series has meant that was the last we've seen of the horror-comedy series. But in the meantime, Capcom has done very well to reposition some of its major franchises in the best spots they've been in years, such as Resident Evil and Monster Hunter. The world loves a reboot, and now feels like the perfect time to get Frank West off the couch. I suspect the series would go the Scream 5 route and have legacy characters like Frank or his successor, Chuck Greene, as the older mentors to a new cast of heroes, and if given the same love and attention as Capcom's other major series, this new beginning could give way to many years of beating the undead with baguettes all over again. -- Mark Delaney

Everything about Remedy Entertainment's games

Remedy has a lot going on right now. Alan Wake 2 is on its way, uh...sometime. Rockstar Games just announced it's remaking Remedy's classics, Max Payne and Max Payne 2, and the developer will be involved. There's more Control out there, somewhere, on the horizon. And now Alan Wake is getting a TV show adaptation--and if it's anything like the Bright Falls prequel shorts that came before the game's original release in 2010, it could be excellent.

So I just want to know more. Show me more Alan Wake 2 trailers. Tell me more about what we can expect from this TV adaptation. Drop more hints about how Control and Alan Wake intertwine. Throw some release dates at us. Tell us what we can expect from the Maxes Payne. I don't really care what it is--I just want more Remedy info. There's a ton in the offing from the studio, which is working on a full Remedy Connected Universe, and I can't wait.

Oh, and if by some incredible twist of fate, there could somehow be a future for Quantum Break, I would absolutely take that too. -- Phil Hornshaw

When Supreme Court Justice Samuel Alito's draft opinion overturning the precedent of Roe v. Wade--and effectively announcing the death of the federally protected right to abortion in the US in tens of states--was leaked in a Politico story, it created a huge wave of protest all over the country. For a few days, however, most of the games industry was silent on the issue, despite its massive effects across the country.

Some handled the situation poorly--Sony's CEO Jim Ryan sent an incredibly tone-deaf email to his employees, asking them to "respect differences of opinion" on the issue before launching into a lengthy discussion of his cat's birthdays. Destiny developer Bungie, however, was on the forefront of the issue, releasing a statement in support of Roe, abortion rights, and its employees who are both directly and indirectly affected by the Supreme Court's still-upcoming ruling. Bungie followed up soon after in response to the mass shooting in Buffalo, perpetrated by a man who first wrote a manifesto filled with white supremacist talking points and conspiracy theories.

Bungie is setting an example that the rest of the industry needs to follow, and while the summer is traditionally a time for games companies to drive hype about new products, it can also be a time in which the industry demonstrates its commitment to its employees and its customers by taking firm stances on values--and backing those stances up with action. Frankly, we should expect more from our industry on matters that affect the lives of everyone involved, instead of being okay with them quietly waiting for such matters to blow over or sending emails pledging neutrality and talking about cats. The games industry is huge, with an expansive platform, and it's about time it used that platform for more than just hyping up a yearly sequel or telling off Konami for being mean to Hideo Kojima. -- Phil Hornshaw

In my humble opinion, Supergiant Games does not miss. Regardless of if the studio is offering up its take on supernatural sports competitions or using Greek mythology to explore family dynamics, the team at Supergiant has proven they know how to make emotionally provocative games with astonishing artistry and gameplay so engaging that they're difficult to put down. And while each game the San Francisco-based studio has released has been top-tier, I personally think they're only getting better--which makes me all the more excited to see what's next.

While many folks have expressed interest in a sequel to Hades--and are maybe even expecting one, thanks to the game's wild success--I wouldn't be shocked if we're surprised. In fact, I kind of hope we are. The studio has done a great job of creating one-off games that are explorative and quite different from one another--games I didn't even know I wanted, but can't help but adore. Supergiant has my trust. And Darren Korb and Ashley Barrett, which are arguably much cooler. But my trust as well. -- Jessica Howard

Like seemingly everyone, I've been ludicrously immersed in Elden Ring for the last few months, fighting bosses, gathering items, and more than anything, poring over lore. (Check out the fruits of 150 hours of reading item descriptions in our lengthy explanation of What Happens in Elden Ring!) Now that a couple of months have passed, I think it's okay to ask about Elden Ring downloadable content. What is it, where is it, when will it be here, and most importantly, what incredible lore nonsense and gaping holes in the story will it cover?

There's a lot in Elden Ring that's not fully explained. Why did Marika shatter the Elden Ring? Why is Farum Azula crumbling and also somehow not part of the flow of time? How come there's a weird little ocean right in the middle of the map that's surrounded by divine towers and covered conspicuously with a cloud? What exactly happened to the Eternal Cities? Why does Godwyn the Golden look like some kind of fish man smashed down like a pancake? Why does Ranni have a regular (doll) face and also a ghost face? Will Miquella ever wake up? Who, precisely, is Melina's mother???

I need answers. A lot of answers, actually, since there's so much that From Software just didn't give us the full story on in the massive world of Elden Ring. I need Elden Ring DLC and I need more of this to make sense, and I need it as soon as possible. -- Phil Hornshaw 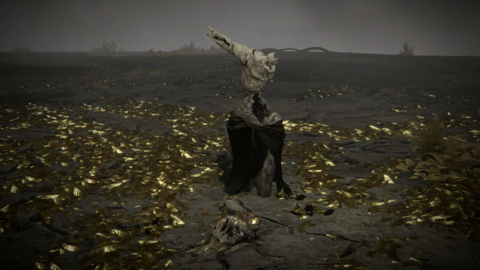 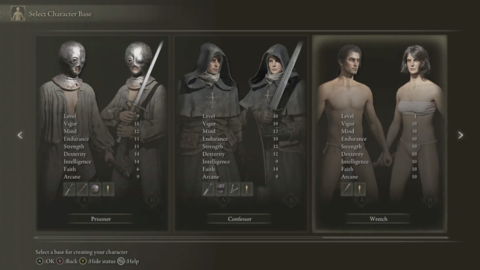 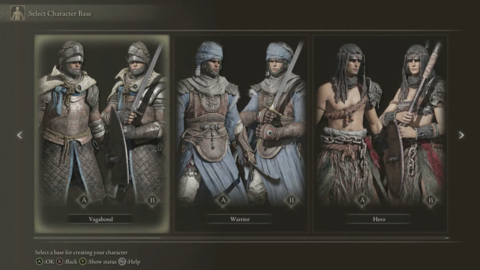 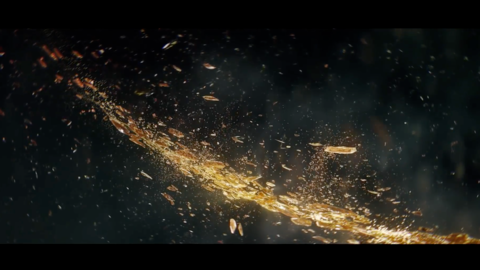