What Did the Assassin's Creed 2 Remaster Do to This Poor Guy's Face? [UPDATE]

This could be considered a crime in some places.

Update 2: Ubisoft has acknowledged in a statement to Kotaku that the bizarre-looking face is real but only appears rarely, as the NPC is randomly generated. The climbing issue, meanwhile, is reportedly the result of a glitch that was also present in the original game.

Update: It looks as if the troubling face could be the result of a glitch, as others playing this sequence haven't been able to replicate it. We'll report back if and when we learn more.

Original Story: This week saw the release of Assassin's Creed: The Ezio Collection, a remastered version of three older games in the series for Xbox One and PS4. The visual overhaul isn't massive by any means, but it does appear to look nicer overall. It does however have some nagging issues, not the least of which is one poor guy's face.

As documented in the Polygon video below, the Collection's version of Assassin's Creed II does something unconscionable to the face of a bystander during one cutscene. What was a normal-looking guy in the original version of the game (shown in the video through backwards compatibility on Xbox One) has turned into a hilarious monster of a person with bulging, kiwi-sized eyes.

It's actually somewhat dumbfounding that this is what a character in the game actually looks like, however minor he might be. And yes, if you're wondering, someone already made the joke you might be thinking of.

Perhaps more bothersome--or at least less amusing--is the change to Ezio's climbing animation. It's seemingly been sped up, with Polygon aptly comparing it to the movement of a spider monkey. Also on display in the video are some animation glitches and an instance of being blocked from climbing up onto a roof despite there being nothing in the way.

In addition to Assassin's Creed II, The Ezio Collection includes Brotherhood and Revelations for $60. Specially marked packages also come with a ticket to the upcoming Assassin's Creed movie, which--while it's undoubtedly too late--I hope features a cameo from the ACII monster man. 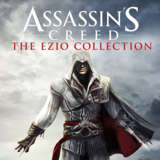