2K should take a cue from its own basketball game if it plans to get back onto the ice with a new hockey game.

Competition breeds better products. Sports fans have been complaining about this for years, and when there is only one game available for a particular sport, it often leads to future releases that can be questioned for their lack of innovation. While sports like soccer, tennis, and baseball have multiple games for you to choose from, other sports genres haven't been so lucky. In a recent editorial, we highlighted some of the things that Electronic Arts should consider when it finally decides to bring back its NBA franchise to the masses. Now we change it up a bit and look at 2K Sports and what it should consider if it ever decides to bring back its NHL 2K series.

It was back in March of 2010 when Take-Two announced that 2K Sports would take a break from releasing HD NHL 2K games. That year, the company released NHL 2K11 as a Wii exclusive, but afterward the series went dark. At the time, the decision was odd but made sense. 2K's HD game was struggling behind EA's solid NHL series, and after the success of NHL Slapshot, the poor reception of 2K11, and the weaker Wii console sales, the entire series halted production.

If 2K decides to bring back its franchise, it should look at what made NBA 2K12 such a great game. The biggest highlight for that game was the inclusion of classic players and teams. While NHL 12 featured a dozen NHL Legends, it was fairly restricted. It required a lot of investment from you to unlock those athletes and didn't immerse you into why they were so fantastic. What 2K should do is copy the formula from their NBA’s Greatest. Focus on a handful of the greatest hockey players to ever lace up a pair of skates, and feature the teams they played on.

And showcase those great players! Being able to re-create the period of hockey in which they played would be fun. Imagine the days when the goalies' pads and protection didn't make them look like sumo wrestlers, when wearing a helmet was optional and mullets were the norm. Showing off Maurice "The Rocket" Richard in black and white, along with a static radio broadcast and highlighting why he and the Montreal Canadiens were so incredible, would be an excellent history lesson for newcomers to the sport as well.

Furthermore, hockey history is very much rooted in national teams. Taking this opportunity to highlight hockey history, such as the 1972 Summit Series, the 1980 US men's Olympic team, and Canada's 1987 Canada Cup, would not only give fans of the sport the opportunity to relive those great moments but offer some insight into the history of those events. The only setback for this in comparison to NBA’s Greatest is the number of player licenses required. With the squads of NHL teams being twice as large as a normal NBA team, this could pose a problem. However, there are ways of working around this as long as the core rosters are held in tact.

National team inclusions are another aspect of EA's NHL series that has suffered over the years. While EA has included national teams in its games for quite some time, it does so with the most minimal of support. There is no official licensing with the respective federations, and there are other aspects sorely missing. It would be nice if 2K could partner up with the International Ice Hockey Federation and have the federation's yearly tournament included in-game. Having all 16 participating nations included with proper rosters, tournament format, and venues would be such a joy. Adding the ability to modify rosters and tweak your national team to fit your style would also allow for greater immersion.

There are a few more things 2K Sports could do if it plans to throw its hat back into the hockey rink, such as create a more dynamic presentation, both visually and with better commentary. At the same time, there are things that EA's series is lacking or hasn't improved upon, and this would be a great opportunity to take advantage of what it has failed to focus on. Thankfully, though, 2K hasn't been out of the game for very long, so getting back into the groove shouldn't be too difficult. In the same vein as EA's eventual return to basketball game world, the first NHL game for 2K may not be able to dethrone what EA offers with hockey. But if 2K manages to surprise people and offer something different, it would most certainly take away from EA's success and ensure that hockey fans around the world are treated to the highest quality of games possible. 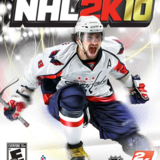