We Betrayed Fans And Want to Be a Brand Again, Says Sega CEO

[UPDATE] Sega has released a new statement and confirmed that the original quotes should be attributed to Haruki Satomi, CEO of SEGA Games, not Sega Sammy Holdings CEO Hajime Satomi.

"Seeing our fans across the world respond to our recent interview with Famitsu lets us know we've made the right first step in acknowledging who we are and where we want to be," Haruki Satomi said. "Sega is dedicated to bringing you quality gaming experiences and becoming a brand you love and trust again."

Sega CEO Hajime Satomi has said he believes the company betrayed the trust fans put in it over the last few years, and added it is now aiming to improving the quality of its games in hopes of re-establishing itself as a valuable brand.

Speaking in an interview with Japanese gaming magazine Famitsu, which has been translated by Siliconera, Satomi said he has been discussing strategies to improve the quality of its games with employees.

"I've been talking to employees about how [Sega] should start putting serious consideration into quality from this point on," he said. "Particularly in North America and Europe, where it's always been more of a focus on schedules."

"I believe that if we can't maintain quality, it would be better to not release anything at all."

Continuing, Satomi said he feels the company did its best to build strong connections with fans of Sega, but admitted that the games it released may have betrayed that faith.

"We did our best to build a relationship of mutual trust with older fans of Sega but, looking back, there have been some titles that have partially betrayed that [trust] in the past 10 years," he said.

"Sega in the 90s was known for its brand, but after that, we've lost trust, and we're left with nothing but reputation ... We'd like to win back the trust and become a brand once again."

Looking forward, the exec said Sega is planning to "announce something for home consoles at Tokyo Game Show."

The studio was tasked with continuing it game projects, one of which is Persona 5, with a team of 121 employees. Index's 166 employees, meanwhile, would focus on distribution, systems development, and advertisements.

Sega seemed to be transitioning away from console games and toward the PC and mobile markets, having invested in three Western developers, the most notable of which is Boston-based firm Demiurge Studios.

Demiurge, which was bought outright by Sega, worked with Harmonix, Gearbox, Irrational, and BioWare. The studio contributed to multiple Rock Band track packs, built the PC edition of Mass Effect, assisted with art design on the original BioShock, and worked on the ultimately canceled Wii U version of Aliens: Colonial Marines.

Its most recent release was mobile game Marvel Puzzle Quest, which it continues to support. 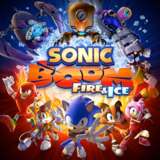