Watch the Mayweather-Pacquiao Fight in Punch-Out!!

A YouTube video from Noober Goober Gaming uploaded on Saturday before the Floyd Mayweather-Manny Pacquiao fight predicted the outcome just about perfectly. That's not all that surprising, given Mayweather was the favorite and his fighting style isn't exactly a secret. But the video is still funny and worth a watch.

To fight Mayweather, players must agree to get less money than him, submit to daily drug tests, not be in your prime, and accept that there won't be a rematch. Saying no leads to a "Game Over" screen and a picture of Mayweather with the text: "Maybe next time you will agree to my terms."

Once the fight begins, it plays out basically like it did in real life. Mayweather "hugs" Pacquiao quite a lot and a menu screen quotes Pacquiao as saying, "This must be really boring to casual fans." Mayweather replies, "It doesn't matter. We already got their money." 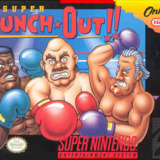