Jon Snow and Ramsay Bolton also discuss their parts in the scene.

Game of Thrones season six episode nine pit Jon Snow and Ramsay Bolton against each other in the battle of the bastards. The ensuing conflict was epic. Primarily because we finally got to see the tension between the two characters erupt into all out warfare, but also because the battle had some rather impressive cinematography.

Following the airing of the episode, HBO has released a video showing off how it put together The Battle of Winterfell. Featured in it are executive producers and writers D.B. Weiss and David Benioff, who discuss creating a battle much larger than the series has previously depicted.

Iwan Rheon and Kit Harington, who play Ramsay Bolton and Jon Snow respectively, also discuss the challenges of acting in the scene and the motivations of their characters.

The behind-the-scenes video also features other members of the production team that were key to the scene. This includes Camilla Naprous, the horse master, who talks about the scale of the battle, and the many horses required for it.

For more on that episode of Game of Thrones watch GameSpot of Thrones, in which we react to the events, analyse the fallout, and predict what will happen in the season finale.

To read about the biggest moments from the episode, check out our written recap. 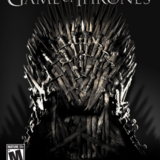