Ubisoft today confirmed it is entering production on an animated/live-action Rabbids feature film, meaning the French publisher is now developing a total of six movies based on its tentpole franchises.

Films based on franchises like Assassin's Creed, Ghost Recon, Watch Dogs, Far Cry, and Splinter Cell are also in the works, Ubisoft confirmed previously. In all instances, Ubisoft will retain creative control.

Ubisoft's Motion Pictures label is making the Rabbids movie with Sony Pictures Entertainment, the mega group behind films like Spider-Man and James Bond movie Skyfall. No plot or casting details for the Rabbids movie were announced, but Ubisoft has promised that the film will maintain the "creative integrity" of the Rabbids franchise.

Given the nature of the Rabbids franchise, it's more than likely the film will be a light comedy aimed at a young audience. The Rabbids movie follows the series TV show Rabbids Invasion, which Ubisoft said draws 2 million viewers per episode in the United States and has been seen by a total of 165 million people worldwide since its debut five months ago.

The zany Rabbids franchise began as a video game, but has since grown to comic books and various other merchandise, as well as a special attraction at France's Futuroscope theme park. The latest game in the series was 2013's mobile title Rabbids Big Bang. 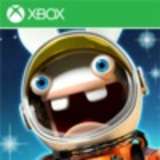