The first full-length trailer for Fox's Deadpool movie has arrived, and it proves to be the violent, foul-mouthed adaptation that fans of the Marvel comic book have been anticipating.

Ryan Reynolds stars as mercenary Wade Wilson, who is given superhuman healing powers after undergoing experimental treatment for a terminal illness. Adopting the name Deadpool and a distinctive red suit, the disfigured, fast-talking anti-hero seeks violent revenge on the men responsible for his condition.

Deadpool sits within Fox's X-Men universe, with Reynolds reprising the role that he played briefly in 2009's X-Men Origins: Wolverine. The comic book is noted for its blackly comic, violent approach to this unconventional superhero story, and this trailer had already proved a big hit with fans when it screened at Comic-Con in July. 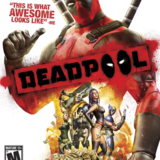