Nathan Drake looks a lot better than he did in 2007.

Alongside Naughty Dog's livestream event today for Uncharted: The Nathan Drake Collection, the developer has released an 11-minute gameplay video for the updated version of Uncharted: Drake's Fortune included in the PlayStation 4 package. The 2007 PlayStation 3 game has never looked so good.

Take a look at the 1080p/60fps video below, in which we see Drake in prison after his capture at the hands of the pirate, Eddie Raja. He breaks out with the help of Elena and an exciting truck chase follows.

"It was a memorable scene to create as it began Naughty Dog's obsession with having a thrilling vehicle chase in subsequent Uncharted games," reads a line from the video's description.

The Nathan Drake Collection launches for PS4 on October 9. Developed by Bluepoint Games, it features updated versions of Uncharted: Drake's Fortune, Uncharted 2: Among Thieves, and Uncharted 3: Drake's Deception. Also included is access to the Uncharted 4: A Thief's End multiplayer beta.

You won't have to wait until October to play, however, as a free demo will launch on September 29. The trial includes a co-op mission from Uncharted 2. 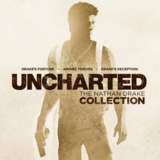