Gamers hoping for a sequel to 1988's role-playing game Wasteland are in luck. The Kickstarter campaign for Wasteland 2 has exceeded its $900,000 target, with the game now entering production.

If the campaign's coffers hit $1.25 million, inXile will spend the extra money "primarily" on building a bigger world, with more maps, stories, and music.

And if gamers push the fund to $1.5 million, the developer will expand the gameworld in a number of ways. The developer said if this target is reached, players can expect more environments, story elements, characters, and challenges.

Wasteland 2 will enter production for the PC, but if $1.5 million is collected, inXile will develop the game for the OS X.

Writing on Twitter last night, inXile CEO Brian Fargo expressed his satisfaction for the achievement, saying, "Woot!!! We did it!!!! Fantastic! I am going to sleep like a baby tonight. Once again I am awed by the support! A dream come true today."

Wasteland 2 is a direct sequel to 1988's single-player role-playing game Wasteland, which was developed by Interplay Productions and is considered to be the inspiration for the Fallout franchise.

The original Wasteland was set in a postapocalyptic world in the American Southwest, with players able to receive promotions and amass new skills and equipment. According to inXile, Wasteland 2 hopes to "recapture all that and provide more." 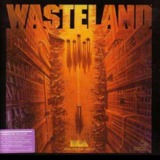