The esteemed Deus Ex designer explains and expands on his now-controversial comments at the Montreal Game Summit.

Last week, one of the industry's revered and celebrated designers, Warren Spector, delivered a keynote presentation that he had hoped would spark a serious dialogue among game creators. Addressing attendees at the Montreal Game Summit, Spector dove headlong into the current debate about game content, tackling the most controversial--and successful--game franchise on the market: Rockstar Games' Grand Theft Auto.

"I'm really angry at the Rockstar guys," Spector was quoted as saying by Canada's Canoe Network Web site. "Not like I'm going to go beat them up and yell at them, but they frustrate me because Grand Theft Auto III, in particular, was an amazing advance in game design. It was a stunning accomplishment as a game design. And it was wrapped in a context that completely, for me, undid all the good they did on the design side. ... At this point, GTA is the ultimate urban thuggery simulation, and you can't take a step back from that."

His comments were first picked up by a number of Canadian media outlets, then percolated south, eventually landing on a short list of US game-industry Web sites. Almost uniformly, Spector's comments in Montreal were characterized as a slam against Rockstar Games, the Grand Theft Auto franchise in general, and a good portion of the game industry at large. "Warren Spector Attacks Rockstar," blared one headline. "Warren Spector vs. Rockstar," cried another. "Video game icon sounds alarm," said a third.

Spector's alleged words were also seized upon by anti-game activist and attorney Jack Thompson. In one of his near-daily press releases, Thompson said he quoted Spector in documents filed in an Alabama civil suit. The suit's plaintiffs are the families of several police officers slain by a youth who was allegedly obsessed with Grand Theft Auto: Vice City. The defendants are PlayStation 2-maker Sony, Rockstar parent Take-Two Interactive, and game retailers Wal-Mart and GameStop. (Thompson has since left the case.)

So how would Spector feel about one of gaming's most vociferous critics appropriating his words? GameSpot News contacted the Deus Ex and Thief designer to see if he had intended to come off as critical of Rockstar as the press had portrayed him as being. In a lengthy e-mail reply, Spector explained his speech--and had some candid comments about the hoopla it caused. It reads as follows:

"When I got your mail really hadn't seen much coverage of my talk. After I got your mail, I did some checking and found that the headlines associated with some of the stories about my GTA comments were far more inflammatory than anything I said. Happily, I also found several discussions on a variety of online forums that actually made me feel pretty good--gamers are having a pretty nuanced discussion of what I think is an interesting and important topic (i.e., what our content says about us as a medium).

"My talk in Montreal was, unashamedly, about asking questions and getting a dialogue going, not about me providing a lot of answers. Gamers, at least, seem to get that!

"As far as Jack Thompson naming me in a legal filing: That's incredible--and not in a good way. For one thing, the comments I made about Rockstar and GTA, mentioned in the filing, came from an interview I did after my talk. The other comments attributed to me came from the talk itself and weren't specifically about GTA or Rockstar at all--I certainly never intended for those thoughts to be put together to support the conclusions Thompson reached in the court document! Take two or three things, from different contexts, mash them together and you can mislead people pretty dramatically. Scary, really.

"If my comments have done any damage to Rockstar or games in general, I am truly, truly sorry. I hope the court, if it pays attention at all, dismisses those comments, given that the filing takes them so far out of context.

"But, to your question and to the comments themselves--did I intend to be so critical? I guess so... Sort of. But not in the way some people seem to think. Look, I'm not really angry at Rockstar, for crying out loud. I was simply trying to make a point--about which, more in a moment--in a semihumorous (if unsuccessful!) way that I thought gamers would 'get.' I don't actually know anyone who worked on any of the GTA games, but overall I respect the hell out of their work. I think GTA is a remarkable achievement--artistically and commercially--and represents a genuine advance for game design. The attention it's received may even have helped push gaming into the mainstream of cultural relevance, which is all to the good.

"My 'criticism' shouldn't be interpreted as an attempt to dictate what sorts of games Rockstar (or anyone else) should make or what sorts of games anyone should like or have the opportunity to play. I'm completely opposed to enforcing limitations on game content.

"Having said that, I am frustrated that the games in the GTA series, some of the finest combinations of pure game design and commercial appeal, offer a fictional package that makes them difficult to hold up as examples of what our medium is capable of achieving. The fictional context of GTA all but ensures that it will be portrayed in the mainstream press (and, I guess, in the courts!) as little more than a 'murder simulator' when it clearly is so much more--if you take the time to look.

"Sadly--and this is part of the point I was trying to make in the interview last week--most people won’t take the time to look past the surface, the fiction, the context. They don't see the fun and the freedom the game provides. They see carjackings and gun battles and hookers. You can talk about game design genius 'til you're blue in the face. The people who want to regulate games, and the mainstream audience we want to reach, will ignore you. And then they'll drop the hammer on our medium. Hard.

"Wouldn't it be nice if people as talented as the folks who made GTA would devote those talents to something that wasn't so easily misinterpreted and so easily vilified by politicians, moralists and other cultural gatekeepers?

"Wouldn't it be nice if game developers--especially developers as talented at the folks who created GTA--would devote their energies to simulating a wider variety of fictional worlds?

"You don't think the GTA team could rock hard on something that didn't involve criminal behavior? Wouldn't you love to see them try? That's what I was saying. Well, that and the fact that it's worth our while to examine what our content says about us--as a medium and as contributors to our culture. But that's a longer discussion for another time...

"Look, as an individual and as a player, I'm tired of so-called 'violent video games'--not because I think they cause real-world violence (I don't believe that for one second), but because the 'edgy,' 'violent' routine is getting so dull...

"I'm tired of urban crime, alien invasion, war stories and orc-killing. I'm tired of most every game having to be the equivalent of a summer blockbuster movie. I'm tired of always having to solve game problems with a gun or a spear or a fireball (and not having to deal with the consequences of such a solution). I don't mind that we make games like that--I mind that the mainstream of console and PC games (apologies to Will Wright and the entire Nintendo DS lineup!) consists of almost nothing but that.

"Where's our Lost? Our CSI? Our Law & Order? Our West Wing? Our Seinfeld? Our musical Buffy episode? Okay, maybe those last two are a bit beyond our capabilities. But the others are within our grasp if we would only try, and if we could find someone to fund and truly support the not-insubstantial effort involved.

"The key thing to remember is that there is, and should be, a huge gulf between personal opinion and public policy. The fact that I'm bored, and even in some cases offended, by the range of content options available in games these days (and not just Rockstar's stuff--not even primarily Rockstar's stuff!) is not a reason to use legislation or the courts to impose limits on game content.

"The fact that Jack Thompson used my personal frustration to support a political and social scientific view that I oppose with every fiber of my being really does anger me. And, unlike my comments about Rockstar in that interview last week, I'm not trying to be remotely humorous here! (Let's not even talk about how I feel, knowing that my words were taken out of context and combined in ways I never intended, to convey something I flat out don't believe!)

"The really funny thing is that my explanation here of what I was trying to say is so much longer than the comment that originally sparked this controversy! You spend an hour talking about all sorts of big issues and no one pays much attention; you speak a handful of words in response to one question about one game and you get mentioned in frivolous lawsuits and end up writing clarifications for journalists. Go figure..." 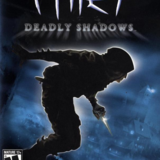