Warner Bros. lays off around 60 - Report

Earlier this week, Warner Bros. Interactive Entertainment released The Lord of the Rings: War in the North at retailers nationwide. Now comes word that the publisher's releases this week may have included employees as well as games.

Warner Bros.' Seattle-area shops include Monolith Productions and Snowblind Studios. Snowblind developed The Lord of the Rings: War in the North, with previous titles including Justice League Heroes and Champions of Norrath. Monolith is currently working on Gotham City Imposters, and it counts the first two F.E.A.R. games, the Condemned series, and The Operative: No One Lives Forever among its past efforts.

Broussard has proven sadly accurate when tweeting about the latest layoffs in the game industry. The 3D Realms veteran has been among the first to detail developer downsizings at Sony Online Entertainment, LucasArts, IO Interactive, EA Canada, and Black Box, among others.

[UPDATE]: A WBIE representative confirmed layoffs for GameSpot, saying, "As part of the continual review of our business operations and fluctuating market conditions, we have had to make reductions in our WB Games Seattle workforce." 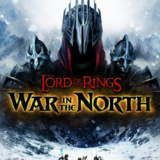 The Lord of the Rings: War in the North
Follow
$9.02 on Walmart
Buy

View Comments (90)
The Lord of the Rings: War in the North
Gotham City Impostors