Warhammer 40K's Upcoming Action RPG Is Two Games in One 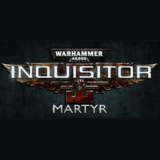 Neocore Games, the studio behind The Incredible Adventures of Van Helsing, is moving away from the pulpy gothic-noir mythology of its previous games. Rather, it's setting its sights on the grim sci-fi universe of Warhammer 40K, developing the first action-RPG based on the tabletop gaming property. The result is Warhammer 40,000: Inquisitor - Martyr.

As its name implies, the game is about the Inquisitor, a brutal and powerful character class from the Warhammer 40K universe that's a part of a clandestine police force bent on the fanatical purging of demonic threats. Set in a space sector created specifically for the game, Warhammer 40,000: Inquisitor - Martyr features two separate modes for you to sink your teeth into: a story mode and an open sandbox mode called the Inquisitorial Campaign.

While unorthodox for an action-RPG to be split in such a way, the decision was an intentional one to help differentiate the various aspects of Martyr's gameplay, to better capture the spirit of the Inquisitor class while giving you a choice over what type of content you wish to tackle. Fortunately, you're free to switch between them, but according to the game's lead writer Viktor Juhász, it's recommended to play story mode first.

"The story mode in Martyr is a traditional single player experience that serves as an overall introduction to the 40K universe, the Inquisitor as a class, and the new mechanics we are going to implement differently from the Van Helsing series," Juhász told me during a recent interview. "But if you'd like, you can start with the Inquisitorial Campaign."

Compared to the story mode's more contained structure--which puts you in an Alien-like horror scenario where you investigate an ancient spaceship--the Inquisitorial Campaign is a sandbox mode built for a more dynamic gameplay experience, focusing more on the various activities that the Inquisitor also participates in within the 40K universe.

Playable with up to four players, the Inquisitorial Campaign allows you to freely explore the game's massive sector, complete randomly-generated missions, and experience a narrative specifically triggered by the actions you take. Additionally, the game features a base building element where you can create your own personal fortress and invade ones built by other players online. But since the Inquisitorial Campaign offers you the freedom to explore the sector as you please, it lacks a difficulty curve, making it tougher than the story mode.

While Martyr is a traditional isometric action-RPG built from elements seen in Neocore's Van Helsing games, it will also sport alterations to the formula that focus on a more tactical approach.

"Unlike with Van Helsing, we downsized the number of enemies on-screen and introduced a cover system, which is a very new concept in action-RPGs," Juhász said. "It'll require you to consider tactics. Are you going to attack the cover because they're destructible? Are you going to move behind them to flank your enemies? Your enemies might even switch sides and hide behind other cover as well, so we have a new AI that will regulate the behavior of monsters, for instance, like an AI that acts as a leader for smaller groups."

But new mechanics aside, the game would fall flat if it wasn't faithful to its universe's lore and the audience of hardcore Warhammer fans who follow it. Thankfully, many of the devs at Neocore are 40K fans themselves and are collaborating with Warhammer IP owner Games Workshop to create an experience that will appeal to its different audiences.

"We are really trying to create a game that appeals to the fan base while also creating a game that invites people unfamiliar with the universe," said Juhász. "This is one of the reasons why the story mode and Inquisitorial Campaign are different. The story mode can serve as an introduction to the world, while the Inquisitorial Campaign--with its randomly generated open world missions--can be considered a large playground for those who already know what to expect. We're trying to reach all kinds of fans, action-RPG fans and the 40K fans, and we do hope that they might meet at some point."

As an action-RPG, Martyr shows promise in the unique aspects of its split-up design. With the personality of the 40K universe, the game stands out among its contemporaries, and is bound to attract the attention of its fans based on its subject matter alone. But all of this could mean nothing if the game's mechanics aren't sound enough to attract the attention of the most ardent action-RPG fans. While it's too early to know for sure, I look forward to seeing what Warhammer 40,000: Inquisitor – Martyr has to offer when it launches in 2016 for PC, and PS4 and Xbox One sometime later.

Watch live streams, videos, and more from GameSpot’s summer event. Check it out
Warhammer 40,000: Inquisitor - Martyr
Got a news tip or want to contact us directly? Email news@gamespot.com