Warcraft movie chronicling Rise of the Lich King in 2011?

Source: The ever-popular Internet Movie Database.What we heard: Blizzard Entertainment's Warcraft universe is nothing if not sprawling, thanks to some 15 years of storyline development across games and novels. The developer's expansive narrative tradition offers a plethora of options for the...

What we heard: Blizzard Entertainment's Warcraft universe is nothing if not sprawling, thanks to some 15 years of storyline development across games and novels. The developer's expansive narrative tradition offers a plethora of options for the upcoming movie set in the Warcraft universe. However, as of August's BlizzCon 2009, director Sam Raimi had not announced any details about what parts of Blizzard lore would be the foundation for his film's script. 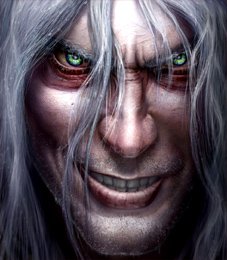 Now, though, it appears as if details on the Legendary Pictures-backed production have slipped out, courtesy of popular online movie database IMDB. According to the silver-screen depository, the upcoming Warcraft film now bears the subtitle "The Rise of the Lich King," indicating it will draw from the same source material as 2008's best-selling World of Warcraft expansion, Wrath of the Lich King.

The Lich King has proven to be fertile source material for Blizzard. Aside from the WOW expansion, the story of the Lich King was handled in Christie Golden's novel Arthas: Rise of the Lich King, which was named to the New York Times' Best-seller list within a week of going on sale earlier this year.

As its title implies, the novel tells an expanded version of the human storyline seen in Blizzard's 2002 real-time strategy game Warcraft III: Reign of Chaos and the Wrath of the Lich King WOW expansion. It sees the benevolent paladin prince Arthas Menethil corrupted by the runeblade Frostmourne and turned into an undead lord of unspeakable evil.

One other point of interest from the IMDB listing, Warcraft: The Rise of the Lich King now bears an expected release date of 2011. As part of BlizzCon 2007, Legendary CEO Thomas Tull said that the film would be live-action with a $100 million budget and would be out by 2009--a release date it obviously missed.

The official story: Blizzard Entertainment had not returned requests for comment as of press time.

Bogus or not bogus?: While often trusted by industry professionals, IMDB is far from a reliable source, given that information can easily be added to the database without a thorough vetting of the material. As such, bogus that anything is official, though the Lich King storyline does seem to be working out pretty well for Blizzard. The critically hailed expansion sold over 2.8 million copies worldwide in less than 24 hours when it launched last November. As of the end of August, it had sold nearly 2 million units in the US alone.