Executive producer Pete Wanat says studios spend too much time and money shoehorning feature into games that don't need it.

When Wanted: Weapons of Fate arrives for the PlayStation 3, Xbox 360, and PC next month, gamers who pick up the interactive sequel to last year's action film will get the chance to try out their bullet-curving technique on the game's many assassin adversaries. However, they won't be able to twist lead into one another, given that the third-person shooter lacks a multiplayer mode.

During an appearance on the latest installment of GameSpot's HotSpot podcast, Universal Pictures Digital Platforms Group's Pete Wanat--the executive producer on Weapons of Fate--explained the reasons behind that decision. Wanat said that most people who play multiplayer games just play the best of the bunch, and that developers spend too much effort putting multiplayer modes into games that don't need them.

"For the most part, we waste our money and our time building multiplayer levels," Wanat said. "And why do we do this? Because a couple years ago the press was all about saying, 'This game has to have multiplayer, there's no replayability.' F*** that. That's a bad joke."

Wanat added that oftentimes the pressure to make a multiplayer version of a game comes from a publisher's marketing department. Just having that feature on the back of a box, the argument goes, makes it easier to sell a game.

For the full discussion about Wanted: Weapons of Fate, violence in games, being a creator playing with somebody else's universe, and much more, check out Wanat's extended appearance on the HotSpot. 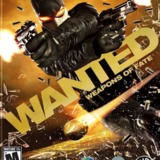