Gamers looking to be among the first to get their hands on an Xbox 360 controller at Wal-Mart demo kiosks can still do it, but they won't actually be controlling anything.

Xbox 360 kiosks placed in Wal-Mart stores across the country have been shut off, said a Microsoft spokesperson contacted this afternoon. The reason, according to Microsoft, is due to the console causing interference with Wal-Mart's wireless "hand scanner" inventory system. Microsoft has acknowledged the problem as being "minor" and says a software solution is in the works to correct it.

GameSpot became aware of the problem after one of its editors entered a Wal-Mart store and discovered the Xbox 360 kiosk had been shut off. The Wal-Mart rep confirmed that the console had been causing problems with the store's scanners.

Wal-Mart headquarters in Bentonville, Arkansas, instructed all stores to shut down the 360 kiosks.

According to Microsoft, the kiosk program, which was initiated nationwide over the past week, "encountered some minor wireless interference issues that are specific to some retail environments."

Since the advent of 2.4GHz signals--like those commonly found in next-generation consumer electronics such as cordless phones, wireless routers, and, now, the Xbox 360--some retailers have discovered that their network-based inventory management systems can be impacted by products using modern wireless signals, according to the spokesperson.

"While retailers are constantly updating their internal management systems, sometimes new products being introduced into the market can cause this kind of temporary interference. We are working closely with our partners to provide a software solution that mitigates this problem within their retail environments. Adjustments and tweaks to kiosks of any kind are quite common once they're deployed in a live retail environment, and we consider making such adjustments a standard part of the launch process."

Microsoft said it identified the problem and within 24 hours had deployed new software to Wal-Mart stores.

It is still unclear which specific part of the 360 console was causing the interference in the first place...and whether it could interfere with other consumer wireless devices as well. When questioned about this issue, a Microsoft spokesman was confident that it would not.

"The issue is specific to the equipment used in a few retail environments," the spokesperson said.

"Xbox 360, like portable phones, wireless network routers, and Bluetooth devices, emits radio frequency in the 2.4GHz band. It is possible that devices that do not comply with FCC/ETSI rules of operation in this band may not properly handle interference from other 2.4GHz sources. Such devices would be extremely rare in a home environment."

At this time, it is unknown exactly how many Wal-Mart stores with 360 kiosks were affected. 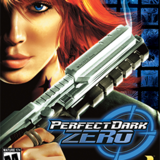