Electronic Arts today announced that more than 8 million people have played Plants vs. Zombies: Garden Warfare since its launch in February 2014. This number, accurate as of November 1, includes game sales and "promotional offerings." You don't have to necessarily buy the game to play it, as the PC version is playable free for 48 hours on PC through Origin. Whatever the case, 8 million is a big number and its success is likely part of the reason why EA is making a sequel.

To celebrate the milestone, EA is handing out 80,000 PvZ coins to all Garden Warfare players. These coins can be spent on various in-game items. Players can also buy them with real-world money.

EA also announced that since Garden Warfare launched, players have together logged 1.4 billion matches, which comes out to over 1,600 matches every minute. The undead have had it rough, as plant players have killed more than 7 billion zombies so far.

Sequel Garden Warfare 2 is due out on February 23, 2016 for Xbox One, PlayStation 4, and PC. This game flips the formula on its head in that it's the zombies that are running the show, with the plants tasked with going on the offensive. EA also points out that "almost all" characters that players unlocked in the first game will be playable in Garden Warfare 2 at launch.

In other Garden Warfare news, EA has announced plans for an "intra-active" Garden Warfare attraction at a North Carolina theme park. For more on the franchise, check out GameSpot's review of the original Garden Warfare. 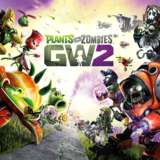