Not being able to bust a cap in a rival gang member may be a blessing to inner cities, but in online gaming, it just isn't cool. Reports of technical issues in Saints Row have appeared on several message boards since the game's Tuesday release, with many gamers complaining about staring futilely at "connecting..." screens when trying to join games or lobbies online.

Thankfully (for gamers at least), developer Volition is stepping in to get virtual gang colors flying. In a post on the company's site, one of the team members has revealed that Volition is aware of problems and is trying to address them with a patch.

"We are working hard on a Live product update for Saints Row. It will fix various problems found after release, in both single- and multiplayer" reads the post. "At this time, we have no ETA on when the update will be available. We want it to be available soon, but we also want to make sure it addresses as many issues as possible."

Among the planned fixes are improvements to network lag, tweaking players' connection ratings to allow for more large-party games, and adjustments to matchmaking to get users in to games faster. 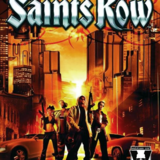