The studio founded by Threes creator Asher Vollmer has voluntarily recognized the union.

The Vodeo Workers United union will soon begin contract negotiations after being voluntarily recognized by studio management. Vodeo released its first game, Beast Breaker, a strategy puzzle game starring a cast of various anthropomorphic animals, in September. Vodeo is made up of around 13 employees and contractors who all work remotely. Video Workers United partnered with the Communications Workers of America, and specifically the Campaign to Organize Digital Employees, for the union.

Speaking with Polygon, Vodeo game director Chris Floyd said Vodeo workers were looking to ensure fair working conditions at their studio by creating a union but also wanted to set an example for other game studios thinking about unionizing.

"We're looking at the wider industry, and all of us were aware of how necessary these kinds of steps are for our industry," Floyd said. "Looking around, that's just really obvious."

While video game studio unions are more common in other regions of the world, like Europe, unions still struggle to gain traction at many North American-based studios. But that could be changing. An ongoing strike among some employees at Activision Blizzard in response to layoffs at Raven Software have also led to unionization efforts at the company. The efforts come in the wake of multiple investigations and lawsuits revolving around an alleged culture of sexual harassment and discrimination at Activision Blizzard. 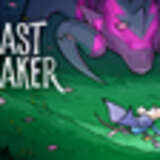