New York woman alleges that gamemakers are responsible for seizures suffered by her infant after playing Spyro: Enter the Dragonfly for the PS2.

When it was released in 2002, Spyro: Enter the Dragonfly was panned by critics who accused it of offering a choppy frame rate, buggy gameplay, lengthy load times, and a dull story. Last month, the game received a more serious knock against it, as a New York woman whose infant suffered a grand mal seizure while playing Enter the Dragonfly filed suit against Vivendi Games, Sierra Entertainment, Sony Computer Entertainment America, and a defunct rental store called Hiawatha Video.

The suit, filed in New York State Supreme Court, claims that the defendants were "negligent, careless, and reckless with regard to the design and manufacture" of Spyro, such that the game was dangerous when used in the intended manner, and that they failed to properly warn consumers of that danger. According to the suit, the child suffered severe and permanent disabling injuries that will affect him "in all activities of daily living" and necessitate lifelong medical expenses.

The PS2 edition of Spyro: Enter the Dragonfly came with a notice on the inside front cover of the instruction manual advising consumers that "a very small percentage of individuals may experience epileptic seizures when exposed to certain light patterns or flashing lights." The notice also tells users to stop playing immediately if they experience specific symptoms of epilepsy, and to consult a physician before resuming play.

On behalf of her child, the woman is seeking damages "for such fair and reasonable amount as may be awarded by a jury of his peers," along with whatever other relief the court may deem just and proper. Earlier this week, Sony requested that the woman specify the total amount of damages she's seeking.

As of press time, neither Vivendi nor Sony representatives had returned GameSpot's request for comment.

This is not the first time a gamemaker has faced a lawsuit over epileptic seizures. In August of 2003, Nintendo won a case in Louisiana against a woman whose son died as the result of a seizure he suffered while playing the Nintendo 64. The judge in that case ruled in Nintendo's favor after the woman failed to respond to the publisher's motion for summary judgment. 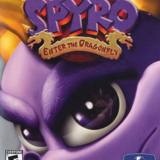 There are 889 comments about this story
Load Comments (889)