Vin Diesel Will Not Only Star In Ark 2, He's Also An Executive Producer

The well-known actor is now serving as the "President of Creative Convergence" on Ark 2, as well as portraying a character within its world.

A lot of watchers of The Game Awards were surprised to see actor Vin Diesel make an appearance at the proceedings to promote the unexpected sequel to Ark: Survival Evolved. However, it turns out that Vin Diesel isn't just doing his best Turok impression in Ark 2; he's helping developer Studio Wildcard make it, too.

In a press release, Studio Wildcard says that Vin Diesel will both portray the hero Santiago in Ark 2 as well as serving on the production team as Wildcard's President of Creative Convergence. Since it's not really clear what this fancy title means, the press release later clarifies that Diesel will perform an executive producer role. Ark 2 is said to be exclusive to the Xbox Series X / Series S, but it's unclear whether it's a timed exclusive or not. There's also no word on a release date.

This isn't the first time that the actor has been personally involved in the creation of a game. Diesel founded the developer Tigon Studios back in 2002, which produced several games that he starred in, most notably Chronicles of Riddick: Escape From Butcher Bay and its remake/sequel, Assault On Dark Athena. Diesel is also a well-known fan of Dungeons and Dragons. 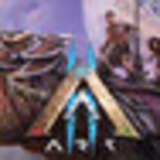