Cliff Bleszinski discusses the <i>Gears</i> film, why the factory-bound sequel will <i>never</i> come to the PC, and his belief that Dead Space will be the year's sleeper hit.

This morning, the inevitable happened: Gears of War 2 went gold. The M-for-Mature-rated sequel to GameSpot's 2006 Game of the Year will ship worldwide on November 7. In the US, the Xbox 360 exclusive will be available in a $59.99 standard and $69.99 limited edition, with Amazon offering a $139.99 preorder bundle featuring a replica of the game's lancer rifle.

Unsurprisingly, Cliff Bleszinski is psyched. "Now that Gears of War [2] is done, the internal vibe from Epic is cautiously optimistic," the game's design director told GameSpot. "There's a lot of expectations to match up to from the first game, as it had a 94 percent average review score and over 5 million copies sold."

Now that the game is gold, Bleszinski's work as the design lead for Gears 2 is, for the moment, done. However, his task as promoter-in-chief is just beginning. At a recent Gears 2 gameplay event in San Francisco, the artist formerly known as CliffyB sat in a darkened room waiting for interview after interview.

"Now the hype train is in full effect for the second one, and there's just a tremendous amount of anticipation to live up to," he reflected. However, Bleszinski never seemed overly bored, wandering around a room with more than two dozen reviewers blazing their way through marathon Gears 2 sessions. He attentively gauged their reactions, like a film director sneaking into a movie premiere or a master chef watching diners sample a new dish.

"If you look at Gears 1, it was kind of Resident Evil meets KillSwitch type of game with, of course, a little Band of Brothers/Medal of Honor thing in there too," he said while watching the onscreen charnel house. "But now that we've established the characters, the gameplay, the universe, now's the time to have fun with it." He went on to explain that Gears 2 will take the best gameplay elements of the original, polish its cover system, and add new multiplayer modes, as outlined in a recent preview.

Given the talk of a trilogy, some gamers have worried that Gears 2 might have an ending like Halo 2's much-derided cliffhanger. Don't worry, Bleszinski assured. "Narrative-wise, each game needs to be a satisfying entity in and of its own space. And I can guarantee that Gears 2 does answer a lot of questions for the universe, but at the same time, it does raise a few questions."

Oh, and that trilogy talk is just that--talk. "I'm somehow quoted as saying Gears would be a trilogy, but I never actually said that," the designer complained. "There was somebody at Microsoft who made some sort of comment like that, but it's not the case. We're taking it at a very much game-by-game basis. If Gears 2 comes out and sells like hotcakes and has great reviews, then we'll consider doing another one."

Another one for the 360, that is. Bleszinski underlined the fact that, though Epic ported the original Gears to the PC, its sequel will never grace the platform. "Gears of War 2 is not coming to the PC. Ever," he said, flatly. "Honestly, at this point, from our business standpoint, it doesn't make a lot of sense right now to put in the amount of effort into doing a PC version."

According to Bleszinski, Epic Games is drifting away from the PC roots laid by its Unreal and Unreal Tournament games in the late 20th and early 21st centuries. "It's pretty safe to say that Epic is a console-focused company that does still support the PC in other ways, such as Unreal Tournament III coming out on the PC and whatnot," he said. "But Gears of War will remain a console franchise... It's one of those situations where the PC market is so scattered between the different hardware configurations and things like that [that] we'd rather continue to have a console focus as a company."

The designer also discussed the Gears of War film, which is being developed by Dark Knight and 300 production company Legendary Films. As part of the deal, Bleszinski, a 17-year veteran of the game industry, came on board as executive producer of the movie, which is tentatively due for a 2010 release.

"Movies are a very interesting business," he said diplomatically. "Acting as executive producer on a game adaption has been a learning process because Hollywood usually starts off with a hell of a lot of phone calls. From there on out, we start working on and cycling a script."

So how far along is the Gears film? "Right now, the script is just being worked on, and that's the stage we're in," said Bleszinski. "There's not a lot more to say right now other than I have a lot of confidence in the talent that's attached to this project. I think [Wanted screenwriter] Chris [Morgan] is an excellent writer, he's a very smart guy who gets the franchise, and [Live Free or Die Hard's] Len [Wiseman] is a visionary director who also happens to be a hell of a guy."

And, other than Gears of War 2, what 2008 game does Bleszinski think will come closest to fulfilling that promise? "I'm really looking forward to playing through Dead Space," he said, beaming at the prospect of some time off. "It looks fantastic. Mark my words--It's going to be the sleeper hit of the year." 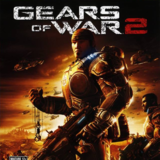