Watch the hilarious tale of how Hironobu Sakaguchi thought up the early Final Fantasy games.

The story of the original Final Fantasy and its name is well known: Hironobu Sakaguchi created the game and titled it as such because he planned to leave the games industry if it didn't sell well. It did perform strongly, and Sakaguchi went on to make, well, quite a few follow-ups.

Sakaguchi was the recipient of the Lifetime Achievement Award at this week's Game Developers Choice Awards. To celebrate the occasion, Mega64 put together a hilarious video recapping how Square may have gotten him to make so many Final Fantasy games despite his dream of becoming a hip-hop artist. You can watch it above.

In addition to the many Final Fantasy games he worked on, Sakaguchi has also been involved with the development of Xenogears, Vagrant Story, and Legend of Mana. After leaving Square, he founded developer Mistwalker, which has gone on to make Blue Dragon, Lost Odyssey, The Last Story, and his current project, mobile RPG Terra Battle. 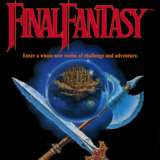