[UPDATE] Media giant is working on a version of its recently acquired PC utility for the new console--but Sony now claims the service will be limited to a single SOE game.

When Sony first talked about the PlayStation Network Platform in March, it described a suite of communication features that included messaging, voice and video chat, matchmaking, ranking, and friends lists. Now, it appears that some of those functionalities will be handled by a PlayStation 3-specific version of the PC gaming utility Xfire--although it appears to be for only a single game.

Xfire was acquired by Viacom in April, and currently boasts more than 5 million registered users. Last month, a Viacom conference call reporting the company's second-quarter earnings included a brief mention of the service--and Sony's next platform.

"Importantly, Xfire just signed a deal with Sony to create a version of their platform for the new PS3, which will now enable Xfire to extend its reach further into the huge console gaming market," the company's then-president and CEO Tom Freston said in a transcript. Freston was removed from his position by the company's board of directors earlier this month.

While Xfire is primarily an in-game instant messaging program, it also offers some Xbox Live-like features, such as friends lists and chat options. However, the earnings call did not specify how many of these would be integrated into a PS3 version of Xfire, or how large a role Xfire might play in the system's PlayStation Network Platform.

[UPDATE] The plot thickened late on Tuesday, when Sony Computer Entertainment America gave 1up this statement. "We can confirm that Sony Online Entertainment is in talks with Viacom and Xfire for a single, specific PS3 game. However, there are no announcements at this time regarding any discussions between SCEA, Viacom and Xfire," a rep reportedly said.

Sony Online Entertainment's Chris Kramer went one step further, telling the site the name of the title in question. "SOE has been in talks with Xfire about potentially including some of their technology in Untold Legends: Dark Kingdom, our PlayStation 3 launch title," he said. "This proposed deal is completely separate and independent from the PlayStation Network Platform, and is something that SOE was examining specifically for Dark Kingdom. More information on Xfire and Dark Kingdom will be coming soon."

For his part, Xfire CEO Mike Cassidy flatly denied the service would be the backbone of Sony's answer to Xbox Live, as some had speculated. "Xfire is not part of the PlayStation Network Platform. We are in discussions with Sony Online Entertainment, but I cannot comment any further," he reportedly said. 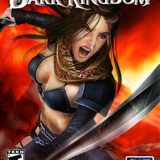 There are 484 comments about this story
Load Comments (484)