Vampire: The Masquerade - Bloodhunt Delayed To 2022 For PS5 And PC

The free battle royale game will not launch in time.

The Vampire: The Masquerade battle royale game, Bloodhunt, has been delayed. Developer Sharkmob has announced that, following the early release testing phase, it has decided to take more time to get the game in better shape and release it in 2022. It was previously planned to launch across PC and PlayStation 5 later in 2021.

In a blog post, Sharkmob said more than 2 million people created accounts for the Early Access period and racked up more than 26 million kills. Based on feedback from the testing phase, Sharkmob said it needs to "work harder to meet the high standards that both we as developers and you the players expect." The studio added: "Based on key learnings from this early season, we have decided to take the time needed to address the valuable feedback we have received and postpone the release until early 2022."

Servers for the Early Access period to close on November 22. Ahead of that, Sharkmob has stopped selling in-game tokens. The studio also clarified that everyone who plays Bloodhunt in Early Access before November 22 will receive access to upcoming invite-only tests before launch.

Additionally, all in-game progression from the Early Access period will carry forward to the full game when it's released.

"Looking at our game during the Early Access phase, we can see that we have a good core when it comes to game mechanics, graphics, balance, and general feel, but we need more time to work on things that you have been asking for such as improving performance, better ways for players to report cheaters and more overall reasons to continue playing," Sharkmob said.

Sharkmob said it will focus on improving performance, ramping up its anti-cheat efforts, and upgrading the player and competitive experience with the extra months of development. You can see outlines of these areas below, as written by Sharkmob.

Our top priority is ensuring a smooth, stable gameplay experience. Improving performance will be a major effort requiring adequate time for investigating, optimizing, and testing. We have received lots of great feedback from you that we’re going to use to improve performance.

While we have addressed most of the major exploits that have been reported so far and are resolving some new ones that seem to have cropped up recently, we are not satisfied that our processes and systems are where they need to be. We are currently investigating various solutions for making it harder and more frustrating for banned players to create new accounts, looking at better reporting tools, and even evaluating other anti-cheat vendors. We hope to be able to share more information soon.

We are also working on lots of other improvements including a better onboarding experience, more interesting and varied goals to work towards, session streamlining to ensure more playing and less waiting. When it comes to defining your vampire, there will be more qualitative variety of fashionable and cosmetic content that you can use to personalize your vampire. There are of course a few more surprises we’ll be talking about more closer to release.

Due to COVID and other factors, many games scheduled for 2021 have been delayed. For more, check out GameSpot's roundup of all the delayed games.

In addition to Bloodhunt, Vampire: The Masquerade - Bloodlines 2 is in development. It was recently revealed that the game was nearly canceled after its last delay. 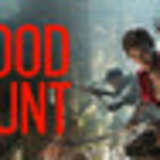