The Stomping Land, which received more than $100,000 through Kickstarter, is no longer available for sale through Steam.

Early Access games have becoming increasingly common, with more than 250 now available through Steam. One such game, The Stomping Land, which has been available for sale since earlier this year has seen its development stall out. As of today, the game is no longer being sold, with no official word on why.

The Stomping Land is yet another game in the increasingly popular multiplayer survival genre, with this one attempting to set itself apart by being set in a world rife with dinosaurs. (Check out our Early Access review here.) It was successfully funded through Kickstarter in June 2013, receiving more than $114,000 in pledges despite only asking for $20,000. The game landed on Steam this past May, being sold as an Early Access game for $25 as developer SuperCrit (led by developer Alex Fundora) continued to work on it.

A quick visit to The Stomping Land's Steam page will reveal it can no longer be purchased. As of yet, there is no explanation from either Valve or SuperCrit as to why the game has been removed, but it would appear it's no coincidence that this comes after several months with no word from the game's developers.

None of the official outlets for the game--its Facebook, Twitter, forums, and Kickstarter page--have been updated in months. The developer's website is effectively nonexistent. The last post on the Kickstarter announced the game's arrival in Early Access on Steam on May 30, and stated, "Even though the game is available, development is still in full force." Whether or not that is the case is unclear, as the game was last updated in early June, with no word since then as to when additional updates would be coming. An online petition went live in July asking that the game be removed from the Steam store and that Kickstarter backers and Steam buyers be refunded. As of this writing, it's received 2,816 signatures.

Even before The Stomping Land stopped being sold through Steam, fans had reason for concern. In July, the game's public relations person posted on the Steam forums, saying they were done working on the game. They claimed their contract had expired on May 31, but that they continued on due to a "desire to see this game succeed." Most concerningly, they noted that one of the game's developers "is not very communicative and the Monday posts feel like I am stringing the community along. I don't want that. You don't want that. So I'm not going to continue doing that."

We've contacted both Steam and Fundora for comment regarding the status of The Stomping Land and will report back with anything we learn. 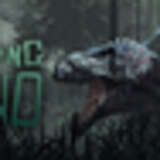 There are 375 comments about this story
Load Comments (375)