Valve not announcing anything at E3

Valve confirms it will not make any new product announcements at this summer's Los Angeles trade show.

Valve will not announce Half-Life 3, any sequel to an existing franchise, or hardware at the 2012 Electronic Entertainment Expo, the company told GameSpot today.

"There are no new Valve product announcements planned for this year's E3," a Valve company spokesperson said.

This follows a Valvetime report from last week (via CVG) that indicated the firm would not make any announcements at E3 2012.

Valve cofounder Gabe Newell recently addressed the wait for Half-Life 3, saying that Valve has gone through numerous "twists and turns" to bring the long-awaited game to market and that remaining silent on the project is actually in the best interest of fans.

Prior to that, rumor had spread that Newell and Apple CEO Tim Cook met at Valve's headquarters in Bellevue, Washington. Newell quickly shot down this speculation, saying he would enjoy discussing ideas with Cook, but no such meeting occurred.

Valve is also rumored to be at work on a gaming system of its own, described as the "Steam Box." Speculation about this endeavor was further sparked last month, when several job listings at Valve were posted, calling for people to "invent whole new gaming experiences" and "research compelling new hardware technologies." 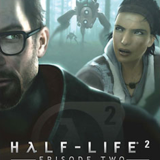