Valve's latest hire has almost no knowledge of games. In fact, he is a self-proclaimed "ignoramus" when it comes to the industry. Who is this man, and how is he helping the Half-Life house? Valve recently announced that it has brought on economics theory professor and author Yanis Varoufakis to assist the company in analyzing the in-game economies that surround its franchises.

Writing on a new Valve Economics blog, the Athens, Greece-born Varoufakis explained how his relationship with Valve came to be. Valve leader Gabe Newell was a frequent reader of Varoufakis' blog, which chronicled the state of Greece's economy and the recent European debt crisis.

Newell approached Varoufakis through email one day, explaining that Valve was having trouble wrapping its head around how best to create a shared in-game currency. The Valve boss drew similarities between Valve's problems with the real-world issues between Germany and Greece, and thought Varoufakis would be a perfect candidate to become Valve's in-house economist. Varoufakis was interested, flew to Seattle to meet Newell, and accepted the position of economist-in-residence.

At Valve, Varoufakis will perform a range of analytical economic tasks, including "a great deal of data mining, experimentation, and calibration of services provided to customers on the basis of such empirical findings." Additionally, it is his goal to "forge narrative and empirical knowledge that (a) transcend the border separating the 'real' from the digital economies, and (b) bring together lessons from the political economy of our gamers' economies and from studying Valve's very special (and fascinating) internal management structure."

Varoufakis will share his findings on Valve's social economies through a weekly blog report, which will run at the Valve Economics page. Valve's decision to hire an economist follows the company's expansion into the free-to-play market. The company recently made class-based multiplayer shooter Team Fortress 2 free-to-play, and is planning to adopt the same model with the upcoming real-time strategy game Dota 2.

Valve is not the first game company to bring on an economist. In 2007, CCP Games hired of the University of Akureyri in Iceland to assist on the studio's massively multiplayer online role-playing game EVE Online. 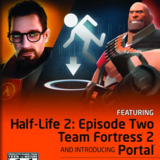