Square Enix pencils in release dates for much of its early 2009 slate; Norse-themed RPG hits March 17, Hand of the Heavenly Bride reaches out Feb. 17.

Here's a statement sure to shock no one: Square Enix is at work on a whole mess of new and refurbished role-playing games. Today, the Japanese publisher offered an update on its first-quarter release slate, and in the process confirmed that Valkyrie Profile: Covenant of the Plume and Dragon Quest V: Hand of the Heavenly Bride will indeed arrive for the Nintendo DS in the US.

First revealed during this year's Tokyo Game Show in October, Valkyrie Profile: Covenant of the Plume continues the Norse-themed RPG saga that saw its first iteration on the original PlayStation in 2000. The third installment in the Valkyrie Profile series is again developed by tri-Ace, and is expected to arrive on Nintendo's handheld on March 17.

Dragon Quest V: Hand of the Heavenly Bride first surfaced as the middle child in Square Enix's redux of the fourth, fifth, and sixth installments in the long-running RPG franchise in July 2007. Nevertheless, it wasn't until last month that the first of these games, Dragon Quest IV: Chapters of the Chosen, landed on the DS to critical approbation. Square Enix expects Hand of the Heavenly Bride to follow on from that release on February 17.

With Star Ocean: First Departure docking to PSPs in just a few weeks, Square Enix said today that its follow-up, Second Evolution, would arrive stateside on January 6. The release will be joined next year by Star Ocean: The Last Hope, which is scheduled for arrival on the Xbox 360 on March 3. 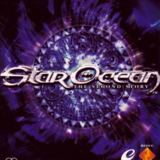