Square Enix showed off its new action title, in which you'll rip through a host of enemies with magic and melee combat.

Square Enix leaps back into Norse mythology with Valkyrie Elysium, a new entry in the series it originally kicked off with Valkyrie Profile on PlayStation way back in 2000. In action-RPG Valkyrie Elysium, it seems you'll battle the end of the world with a combination of fast-action melee combat and devastating magical attacks.

Square Enix debuted the game during Sony's March State of Play livestream, and you can watch the trailer below. It gives a quick sense of combat and gameplay, which moves away from the traditional turn-based RPG approach to a more action-centric style, reminiscent of games like Devil May Cry or even Final Fantasy 7 Remake, but with a heavier emphasis on combos and traversal. As in past Valkyrie games, you'll also recruit warriors called the Einherjar, who you can summon into battle when you need them.

"You play as a Valkyrie who is entrusted with the fate of this world by the All-Father--the highest among gods and the ruler of all creation. Descending to the land below, you must battle powerful foes, and uncover the secrets behind the impending ruin," Square Enix's website explains. "To take on the many dangers of this world, you’ll engage in fast-paced combat, using a variety of weapons and magical abilities to triumph over your adversaries. The game’s dynamic combat system fuses features from across the series, such as finishing moves and combos, with a brand new real-time action combat system that rewards both fast reactions and strategic thinking." 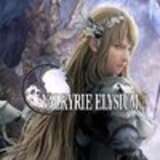