Vainglory Gets A Major Update By Adding 5v5 Play

The frenzied mobile MOBA hit Vainglory is about to get more chaotic. Developer Super Evil Megacorp has just launch a major new update dubbed Vainglory 5v5, expanding team sizes from three to five. This change marks a fundamental but welcome addition to the mobile blockbuster, without sacrificing the three-lane-map experience, online performance, and frame rate. Note that this updates will still allow for 3v3 matches.

While other 5v5 MOBA games have long existed in the mobile space, Vainglory has sustained its popularity since its debut in 2015, thanks in large part to its expansive roster of over 25 heroes and variety of match times. Super Evil Megacorp is commemorating this 3.0 update with a Lunar New Year event, running from February 15 to 22, where players will have a chance to win in-game and New Year-themed skins.

For game music aficionados, Vainglory will feature a new 5v5 score by Joris de Man, whose credits include music for the Killzone franchise and Horizon Zero Dawn. Moreover, 5v5 will have adaptive music that changes based on how the match unfolds.

Super Evil Megacorp isn't wasting any time integrating 5v5 into its esports program. The April 2018 preseason plus the regular season of Vainglory Premier League (formally Vainglory8) will shift to the 5v5 format. Season 1 will be set on the new Sovereign's Rise map, built specifically for Vainglory 5v5. The format will be a double-round-robin with midseason with end-of-season playoffs, along with a single relegation tournament and regional championships will determine which teams qualify for the World Championship.

Vainglory is available free to play for iOS and Android devices. 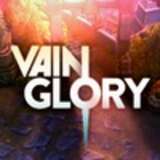