The Star Wars VR game is coming to PSVR later this month.

During Sony's August State of Play stream, the company announced a release date for Vader Immortal: A Star Wars VR Series on PSVR. Vader Immortal was previously released episodically on Oculus and is a short-form story following a smuggler working for Darth Vader; the PSVR release will include all three episodes and is launching August 25, 2020 for $30 USD.

Vader Immortal is a canon story within the Star Wars universe and was written by David S. Goyer, who was the screenwriter on Christopher Nolan's Batman trilogy. It was designed by ILMxLAB, an immersive experience studio founded in 2015. While Vader is the focal point of the plot, you actually play as a smuggler recruited by the Sith Lord to find an artifact. The game features hand-to-hand lightsaber combat and force abilities.

Vader Immortal was first announced for PSVR in May 2020 as part of the Star Wars Day festivities. 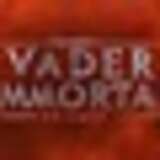