Today, following NPD's report of February game sales, Nintendo announced some US-specific sales figures for many of its games--and its current-generation console. February's 454,000 Wiis sold brought the console's total US installed base to 35 million--the fastest any console has reached that mark, according to Nintendo. As of December 31, 2010, nearly 85 million Wiis had been sold worldwide. 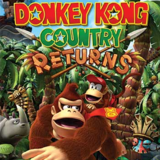