[UPDATE] Hearing arguments, several justices appear sympathetic to law's intent, but say it may be too vague on First Amendment grounds.

This morning, the US Supreme Court heard oral arguments in Schwarzenegger v. EMA, the case that will decide whether a California law banning the sale of "ultraviolent" video games is constitutional. The one-hour session saw the justices of the nine-member panel express sympathy for the intent of the law, but also voice concerns about whether it violates the First Amendment.

According to a transcript of the hearing, California Deputy Attorney General Zackery Morazzini argued the case before the Court, equating ultraviolent games to sexually explicit material, which states are allowed to restrict the sale of. Justice Antonin Scalia, one of the more conservative members of the court, responded with skepticism, pointing out that many children's stories have violent undertones.

"Some of the Grimm's Fairy Tales are quite grim, to tell you the truth" he said. "Are they OK? Are you going to ban them, too? … What's next after violence? Drinking? Smoking? … Are we to sit day by day to decide what else will be made an exception from the First Amendment? Why is this particular exception OK, but the other ones that I just suggested are not OK?"

Justice Ruth Bader Ginsburg, part of the court's liberal wing, echoed her colleague's questioning tone, saying, "What's the difference? I mean, if you are supposing a category of violent materials dangerous to children, then how do you cut it off at video games? What about films? What about comic books?"

As the law's author, California State Senator Leland Yee (D-San Francisco), explained to GameSpot last week, the law at the center of the debate would criminalize sales of games the state deems "ultraviolent." The sale of those games to minors would be punishable by a $1,000 fine under the law. The games would also need to bear special two-inch by two-inch warning labels.

A decision in the case of Schwarzenegger v. EMA is expected by the end of June 2011, when the court recesses for the summer. Entertainment Consumers Association vice president and general counsel Jennifer Mercurio told GameSpot a ruling is most likely to come between March and June.

Whatever the outcome, the legal fight that led to the Supreme Court has been long and hard-fought. Shortly after California Assembly Bill 1179 was signed into law by Governor Arnold Schwarzenegger in 2005, it was challenged in court before it could take effect. In 2007, the circuit court judge who struck down the law as unconstitutional admitted he was "sympathetic to what the legislature sought to do." Last year, an appellate court judge backed up the original ruling. 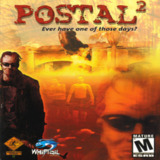