Double-digit declines return to the US game industry in a month dominated by EA Sports' football sim; Mafia II has disappointing debut, Xbox 360 top platform for second month in a row.

After months of larger-than-expected year-over-year sales declines, the US game industry got a reprieve of sorts in July, which saw revenues slip just 1 percent. Unfortunately, that reprieve ended in August, according to figures released by the NPD Group today.

According to the industry research firm, overall US non-PC retail game sales slipped 10 percent during the month to $818.9 million. Hardware slipped 5 percent to $282.9 million, software dropped 14 percent to $403.5 million, and accessories fell 6 percent to $132.4 million.

In the hardware race, the winner was once again the Xbox 360, topping the chart for an unprecedented second month in a row. Thanks to the introduction of the $200 4GB Xbox 360 two months after its $300 250GB sibling hit the market, Microsoft sold 356,000 units of its console to domestic customers.

"With Halo: Reach coming to market next week, if hardware sales react in a similar fashion to what was experienced when Halo 3 was launched in September 2007, September could be a huge sales month for Xbox 360 hardware," said NPD analyst Anita Frazier.

In second was the once perennial top platform, Nintendo's DS, with 342,700 units. Third place went to the Wii with 244,300 units--barely beating the 226,000 PlayStation 3s Sony sold during the month. Frazier noted that the PS3 has now had 13 months of consecutive sales growth, which began in earnest following the introduction of the $300 PS3 slim last August.

Once again, lagging far behind was the PSP, selling a mere 79,000 units during the month for last place.

In third place was Nintendo's Super Mario Galaxy 2, selling a comparatively modest 124,600 units. The Xbox 360 version of Take-Two's well-reviewed Mafia II saw a disappointing debut of just 121,600 units, which was good enough for fourth place. The PlayStation 3 edition of the well-reviewed 2K Czech-developed mobster simulator landed in seventh place, but NPD only releases figures for the top five games of each month.

Eighth place went to Call of Duty: Modern Warfare for the Xbox 360, while the 360 version of NCAA Football 11 tackled ninth place. In 10th was Wii Fit Plus, the revamped version of Nintendo's ever-popular fitness trainer.

Year to date, non-PC US retail game sales total some $8.37 billion, down 8 percent from the first eight months of 2009. Hardware sales are down 12 percent to $2.71 billion, while software sales have slipped 8 percent to $4.32 billion. By contrast, accessory sales are actually up 4 percent to $1.34 billion. 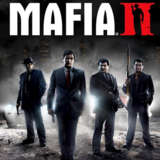