We talk with Chris Delay of Introversion about the company's game based on computer hacking.

UK-based Introversion Software completed Uplink, its computer-hacking game, earlier this year. Players assume the role of an agent hired by corporations to hack into rival computers, steal industrial secrets, sabotage other companies, and frame people. Agents can then use the money they earn to purchase computer upgrades and tools. As agents build their reputation, they gain access to more profitable missions.

Introversion is currently self-publishing the game, and its popularity has been spreading through word of mouth rather than advertising. We had a chance to talk with Chris Delay, one of the founders of Introversion and creators of Uplink, about the development company and its unusual game.

GameSpot: First, tell us a little about Introversion. When was the company founded? Has it worked on any other games?

Chris Delay: We've been running officially for about three months, but in reality the four of us came together long before that. Uplink is our first game, and we are trying to handle the whole process ourselves--no publishers, development teams, or distributors.

GS: Uplink is a game about computer hacking and espionage. What was the inspiration for the game?

CD: Movies mostly. Uplink is based on the Hollywood version of hacking--it's more fun and it looks better than the real thing. A lot of the inspiration and ideas come from science fiction books and movies.

GS: How long did it take to develop the game? How many people worked on it?

CD: Uplink has been in development since May 1999--well over two years. For most of the time it was just me (Chris), until Mark and Tom came along with an idea of how to make Uplink into a business venture.

GS: What kind of previous experience did the developers have?

CD: I work in the British games industry and have done so for over a year. I started Uplink when I was still at university, but I was working part-time for a games company at the same time.

GS: Is the game at all based on actual hacking practices? How realistic is the gameplay?

CD: I wouldn't say it's particularly "realistic," but I think it's able to suspend disbelief, and that is important. There is nothing in there that is totally unrealistic. Real hacking is pretty dull--there isn't much of a game in there at all. You have to dress it up quite a bit before it becomes interesting. Certainly Uplink is based on real hacking.

GS: Have you been pleased with the public response to the game since its release?

CD: Definitely. Uplink has become successful purely from word of mouth. We've never done any advertising--but people play the game then tell their friends about it. It's pretty rewarding to see so many people enjoying the game and posting on our forums.

GS: What kinds of features and additions to the game do you have planned for the future?

CD: We have loads of stuff lying around from the game design that we didn't have time to fit into the game originally. Currently I'm working on an in-game IRC client, so if you get stuck you can click a button and visit an IRC channel and talk to other Uplink players. They can then help you out. It fits quite nicely--it's the way real hackers would solve problems a lot of the time, and it encourages players to get together to talk about the game.

GS: Uplink is currently available only through the game's Web site. Are you currently looking for a publisher? If so, have you had any luck?

CD: We're waiting for them to come to us.

For more information about Uplink, visit the game's official Web site, and download the playable demo linked below. We'll post a full review of the game next month. 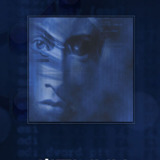