Unto The End Is Launching on Xbox Game Pass in December

The 2D platformer is coming to PC, Xbox One, PS4, and Stadia.

Unto the End, a cinematic 2D platformer about a father's desperate journey home, is coming to Xbox Game Pass on PC and Xbox One. Published by Big Sugar and developed by 2 Ton Studios, Unto the End is set to hit PC, Xbox One, PlayStation 4 and Stadia on December 9, with the Nintendo Switch version launching a little later on December 17.

According to the game's press release and Steam page, Unto the End's one-of-a-kind combat is focused on skill and mastery, as you embark on a challenging adventure through dark caves and sparse open fields. Its sword fights are designed to be demanding but fair, where improvisation and observation are key to your survival. Each encounter has been carefully crafted and will see you square off against intelligent opponents that have their own motivations and place in the world.

"Unto The End has been the focus of our day to day for the past few years and it's been fantastic to have such a great response to the game already," said Stephen Danton, one half of the husband and wife development team. "But now we're looking forward to Unto launching and everyone having a chance to experience the world and adventure we've created."

If you don't have Xbox Game Pass or want to extend your current subscription, both GameStop and Best Buy are offering discounts on Xbox Game Pass Ultimate as part of Black Friday. 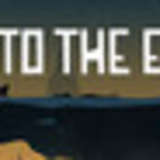