Untitled Goose Game Wins Another Game Of The Year Award

Untitled Goose Game, Control, and Disco Elysium were among the big winners at the Game Developers Choice Awards.

Untitled Goose Game was developed by Australian studio House House. After launching on PC and Switch in September, the game came to Xbox One and PS4 in December. A line of Untitled Goose Game clothing was also released in the wake of the game's viral success.

House House said on Twitter in response to the win, "This is such an incredible, once-in-a-lifetime honour."

In addition to honoring some of 2019's best games, the Game Developers Choice Awards gave out the Ambassador Award to Kate Edwards. The award is given to someone who helps video games "advance to a better place through advocacy and action." Edwards was the head of the International Game Developers Association, before moving on from that post to become the Global Game Jam executive director.

Another award, the Pioneer Award, was given to Roberta Williams. Williams is known for her breakthrough work in the graphic adventure genre, and specifically for creating King's Quest and Mystery House. She co-founded the company Sierra On-Line.

"We are so happy to continue to honor the creative work of the finest game designers in the world by hosting the Game Developers Choice Awards online this year," GDC manager Katie Stern said in a statement. "Games can help us connect, they can inspire us to create, and sometimes they help us to escape. There is perhaps no better time for us to appreciate what games mean to us than in trying times like these."

Game of the Year

Baba is You (Hempuli)

What the Golf? (Triband/The Label Limited)

Baba is You (Hempuli)

Sky: Children of the Light (thatgamecompany) 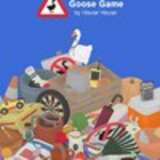