Until Dawn Dev Not Working on Sequel

The studio also wants to spread out to more platforms.

A sequel to PlayStation 4-exclusive horror game Until Dawn is not in the works, developer Supermassive Games has revealed. Speaking in an interview with GamesIndustry.biz, Pete Samuels, the studio's managing director, said Supermassive has moved on to new projects.

Continuing, Samuels indicated that the studio wants to produce games for more platforms, now that its exclusive publishing deal with Sony has ended.

"We have such a great relationship with Sony. We want to continue to work with Sony, and we are continuing to work with Sony on lots of things," he continued. "There's no concern or resentment or any bad feeling. They're a really important publisher for us, and I hope and expect that they'll continue to be that.

"We really want to push to bring those experiences, those cinematic storytelling narrative-driven games, be it horror or not, to other platforms as well."

Looking forwards, Supermassive will develop new properties, while pushing what it did in Until Dawn further, Samuels said.

"It seems that the next logical step for us now is to broaden that out into similar experiences, but with differences depending on the IP, the publisher, the platform, so on. That's what we want, and that's what we're really focused on now...to take what we did with Until Dawn and push that even further."

Prior to Until Dawn, Supermassive developed a number of smaller games and worked in a support role on first-party Sony games like LittleBigPlanet and Killzone.

Despite having very little marketing, sales of Until Dawn proved to be surprisingly strong, even to those at Sony. Supermassive's current projects include Until Dawn: Rush of Blood and Tumble VR, which are both PlayStation VR exclusives. 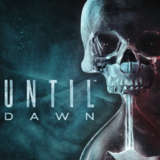