"It would have complemented the gravity gun pretty nicely, I think," says Warren Spector.

It's been known for some time that Deus Ex designer Warren Spector and his former studio, Junction Point, worked with Valve on some kind of Half-Life project before shutting down. Now, he's revealed a few tantalizing details about what that game could have been.

Speaking with Game Informer, Spector was initially hesitant to share anything, wondering aloud whether he was allowed to discuss the project before deciding, "But what are they going to do, say, 'You'll never work in the game business again'?"

He then stated that Junction Point was "working on a Half-Life episode; they were really into episodic content at that point." Before getting too excited, keep in mind this was more than five years ago, and that this likely wasn't the elusive Episode Three we've all been waiting for. This episode would "fill in one of the gaps in the Half-Life story," though he didn't offer any specifics on which gap that was. "We were trying to flesh out a specific part of Half-Life, of the world of Half-Life."

In the process, Junction Point developed a brand-new tool for players to use. Where Half-Life 2 had the gravity gun and Portal had the portal gun, this episode would have had something referred to as the "magnet gun."

You can likely imagine how they might have functioned, and Spector remains enthusiastic about the concept, saying, "I still wish they would do something with [it]. We came up with so many cool ways to use a magnet gun that were completely different from anything they had done, and was really freeform in its use. I still think it would be cool." He later noted that he thinks it would have "complemented the gravity gun pretty nicely."

Junction Point wouldn't see development on the episode through, as things started to heat up with Disney--a place Spector says he "always wanted to work"--in a deal that would result in the studio developing Epic Mickey.

When jokingly asked if Mickey Mouse is to blame for a lack of Episode Three, Spector noted, "I think Valve was rethinking their episodic plan anyway."

You can watch Game Informer's full video interview with Spector, which goes on to discuss working with Disney, here.

The details of the Half-Life project from Junction Point--which shut its doors in 2013--had been unknown until now. Spector noted in 2012 that he worked on such a game, though that went largely unnoticed until it was brought to light Internet sleuth Superannuation in mid-2013.

Valve has yet to confirm plans for a new entry in the Half-Life series since Episode Two's release in 2007, though fans have done their best to encourage the company to break its silence. 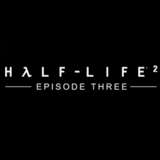