Most Anticipated 2020
Check It Out
Feature Article

Unpacking is a "zen puzzle game" about turning a house into a home. 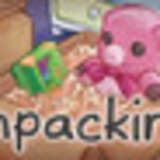 2020 is almost here, so we've asked GameSpot's staff to share which games they're looking forward to most in the new year. New consoles are going to dominate the headlines, but at the end of the day it's all about the games, and there are a ton of exciting ones to look forward to. When you're done reading this entry, follow along with all of our other end-of-the-year coverage collected in our Best of 2019 hub and our Most Anticipated of 2020 hub.

2019 was a weird year for me. I quit the job I'd had since 2015 and moved out of the apartment I spent six years in to travel for three months around Japan. In 12 weeks, I lived in three apartments and two capsule hotels from Hiroshima to Osaka to Kyoto to Tokyo. I've split my time between two temporary living situations back in the United States and I'm getting ready to move again, for the second or third time this year, depending on how you want to count it. In early 2020, I'll be moving yet again, hopefully somewhere I can finally call home again. I've done a lot of packing and unpacking. Through it all, I've spent a substantial amount of time thinking about the things I own and the things I don't, cutting down my belongings, trying to be less wasteful and more resourceful. The act of minimizing my possessions, putting them in boxes, then taking them out again and trying to figure out where and how they fit in an unfamiliar space has become a strangely comforting routine. In a time where I don't really have a place to call mine, the things I own and choose to take with me are what makes whatever space I'm in a home. I guess that's what I find so appealing about Unpacking.

Unpacking is an upcoming "zen puzzle game" from the studio Witch Beam. In each level, you pull items out of a box and arrange them in a room, empty except for basic furnishings. It's like a simplified, domestic take on Tetris. You pick your piece--a book, an action figure, a frying pan--clicking around to rotate it and find a place for it in the confines of its assigned room. In the demo build I've played, there were only a few, unspoken restrictions on what can go where. After decorating a kid's bedroom, the locked diary I had set on the desk began to glow red. It required a more private location, so I slipped it into the desk drawer. Victory music ensued.

There's a meditative quality to putting things away in Unpacking. I can only compare it to a less busy version of sorting and categorizing in Wilmot's Warehouse (a personal favorite from this year) or detailing a room in The Sims using decorative mods--books, dishes, even random clutter, elevating those uncannily basic Sim houses into something resembling a real, lived-in space.

For a lot of people in my generation, owning a home feels like a privilege and a fantasy, rather than a given--something that would be nice to have, but also tied to a certain lifestyle, at least in American culture, that doesn't quite appeal to our changing ideals. Playing around with the concept in a game space like Unpacking, using it to reflect on and develop new ways of thinking about what a home is and can be, and what kind of emotional attachments we put on the things that fill it, feels comforting. Maybe this is just the grownup version of a doll house. Whatever it is, I want more of it.

Unpacking is currently on Steam with a projected release date of late 2020.