WASHINGTON, D.C.--Executives from the Umbrella Corporation today asked the US government for nearly $100 billion in aid money. They said that without such funding, the world's largest pharmaceutical bioterrorism researcher could go bankrupt as early as June. It would be the company's second bankruptcy, having restructured several years ago after running a gauntlet of lawsuits and criminal investigations. 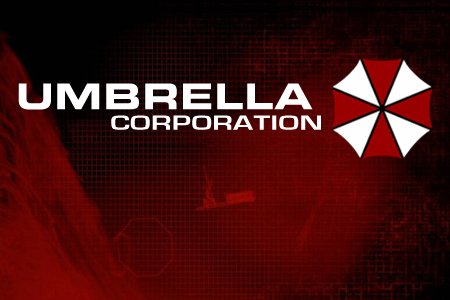 "This isn't just about keeping the Umbrella family together, or making sure our 10,000 employees have paychecks to put food on the table," Umbrella founder Ozwell E. Spencer said in an impassioned speech to the US Senate earlier today. "It's about hope. It's about mom, baseball, and apple pie. It's about keeping the United States at the forefront of exciting fields such as pharmaceutically mind-controlled supersoldiers."

Spencer said that simply powering the containment tanks at Umbrella's Washington, D.C. facility of supermutated biological weapons costs several million a month. He added that the company has been genetically engineering these creatures, which can no longer be deemed "human," so that they can sustain themselves only on the flesh of the perpetually homeless. Although Spencer stressed that only grown males were intended to be among the sustainable food sources for these creatures, he did admit that, "There are some glitches that have yet to be worked out." Last month's glitches alone tallied three women, a small orphanage, and a stray cat.

Opponents of the proposed Umbrella bailout, such as Senator Ron Davis, have criticized the company for stepping up its outsourcing in recent years. "Umbrella practically owned Raccoon City as the rural town grew into an industrialized metropolitan center," declared the senator. "But after the city was devastated by an unrelated catastrophe, Umbrella turned its back on the hard-working Americans of Raccoon City who survived physically, if not mentally. Instead, the company turned overseas, using subsidiaries to set up operations in rural Spain and the African nation of Kijuju, where labor is incredibly cheap and frequently homicidal."

"After years of stagnant revenues and slipping profit margins, we have lost faith in this management team," Evans said in a note to investors. "While they undeniably lead the world in turning ordinary people into turbo-freaky killing machines with, like, a bajillion tentacle knives, we are beginning to rethink the profit potential of furthering humanity's evolution by devastating the world's population. Also, we believe the corporation faces customer confusion issues, as Umbrella has been responsible for roughly a dozen different viruses on the market in the span of about a dozen years. Do they really expect consumers to understand the difference between the T-Virus and the T-Veronica Virus, or Las Plagas and Uroboros?"

In other bailout news, after being denied federal funding last month, the Mishima Corporation declared Chapter 7 bankruptcy today. "It turns out that holding a no-holds-barred international fighting tournament to determine the company's CEO wasn't such a hot idea after all," lamented one executive who wished to remain nameless.

The above story is (obviously) fictitious, and was written as part of GameSpot's annual April Fool's Day celebrations. Its content is purely satirical and comedic, and is not intended to be interpreted as an assertion of fact. It also does not reflect the actual views of GameSpot or its parent company, CBS Interactive.

There are 650 comments about this story
Load Comments (650)