Today marked the end of the 2015 Capcom Pro Tour, a competitive fighting game event which invited skilled fighting game players from all over the world to compete against one another in Ultra Street Fighter IV. The series culminated with the Capcom Cup which took place at the PlayStation Experience event in San Francisco on December 5-6.

As detailed on Shoryuken, here is the full list of results.

The Capcom Cup saw 32 players compete, after qualifying from a pool of over a 1,000 entrants in the 2015 Capcom Pro Tour. A prize pool of $250,000 was up for grabs, with Ryota "Kazunoko" Inoue in first place taking home $120,000 and awarded the title of Street Fighter World Champion. Second place Daigo "The Beast" Umehara was awarded $60,000, and third place, Ho "Xian" Kun Xian received $25,000. The event marked the last major fighting game tournament for the year, and possibly the last one before the arrival of the Street Fighter V for the PS4 and PC. 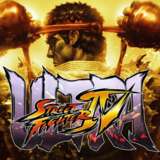