Poker and Bonk-ing on this week's VC
This Friday's European Virtual Console releases for the Wii are two titles from 1993. The first, Vegas Stakes, is a series of casino minigames: Blackjack, Slot Machines, Roulette, Craps, and Seven-Card Stud. Originally released on the Super Nintendo, the game also features a four-player multiplayer mode, in which gamers compete for a virtual $10 million. The second game up for grabs this week is the former TurboGrafx-16 game Bonk 3: Bonk's Big Adventure, an action game in which hero Bonk bashes his head against various objects to get through seven levels, unlock eight hidden bonus stages, and engage in two-player mode. Vegas Stakes can be downloaded for 800 Wii Points (£5.60), and Bonk 3: Bonk's Big Adventure costs 600 Wii Points (£4.20).

Wild Arms 5 coming to Europe in 2008
The latest installment of role-playing game series Wild Arms has been given a European release window of early 2008, after having been released in the US this week. The latest PlayStation 2 installment of the Wild West-themed franchise follows a group of young travellers from a small town called Capo Bronco as they witness the arm of a golem falling from the sky. Inside the golem's clenched fist is a girl called Avril, who has no recollection of how she came to be there. The group journey across the land of Filiga to try to find Avril's home and memories. The first Wild Arms game was released for the PlayStation in 1996 in Japan, and 1998 in Europe. 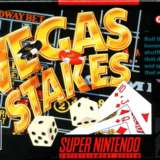